General Hospital Spoilers: A New Romance On The Horizon For Alexis And Valentin? 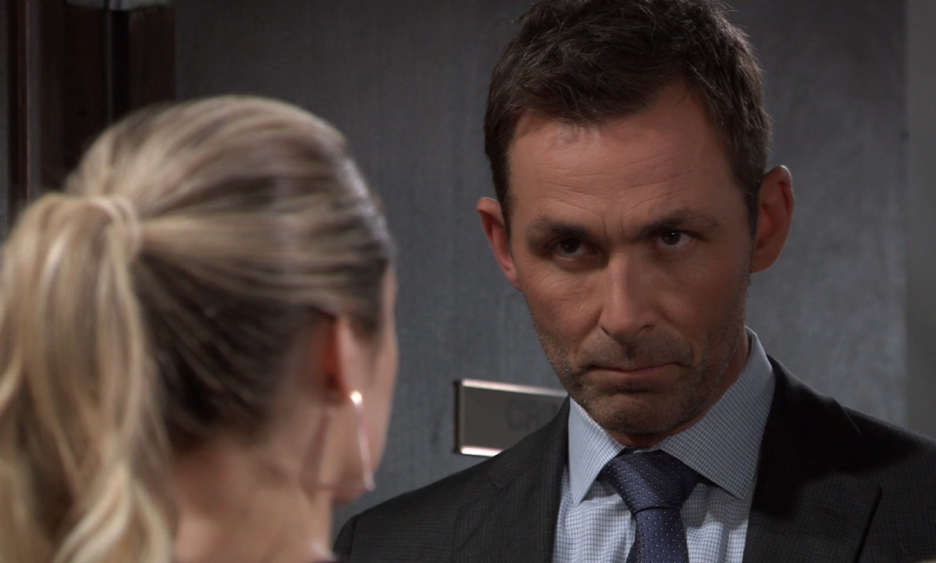 General Hospital (GH) spoilers revealed that Alexis Davis (Nancy Lee Grahn) could be ready for a new romance in the very near future. In fact, GH fans now wonder if Alexis might find a spark of attraction with her former relative, the evil Valentin Cassadine (James Patrick Stuart).

One of the biggest criticisms that many GH fans have is how easily some people on General Hospital bounce around from one love interest to the next. There are many who are now hoping that this isn’t what’s about to happen with Alexis.

As many GH fans know, Alexis was madly infatuated (in love?) with her onetime therapist, Neil Byrne (Joe Flanigan). Viewers watched as Neil and Alexis snuck secret moments together. While at first, many of these instances were innocent enough, eventually they led to Neil and Alexis kissing at a game of Bingo. Someone saw Neil and Alexis lock lips and reported Neil to the state ethics board. GH fans know that this is because Neil broke the rules by getting physical with a former patient before the required “no contact” time had passed.

Now, some GH viewers were rooting for “Nealexis” but apparently, it really wasn’t meant to be. Many believed that because Neil seemed ready to lose his medical license as long as he was able to explore a relationship with Alexis, when the rubber met the road … the consequences of his actions didn’t sit well with the good doctor. Apparently, Neil was good to get down and dirty with Alexis as long as her ex-husband wasn’t threatening him and as long as he got to keep his job at General Hospital.

However, losing his license was just too much for Neil and viewers now assume that in his anger, Neil dumped Alexis.

“Hey Alexis, you were great. But, now that I’ve eaten the forbidden fruit and got burned … I’m just not that attracted anymore. Sorry.” – Neil.

Could Alexis be more like her daughter, Molly Lansing-Davis (Haley Pullos) than she might care to admit? Viewers know that Molly went and slept with her local mechanic the moment she thought her boyfriend dumped her. (Cause revenge grinding is so satisfying. Forgive the eye roll.) Now, some GH fans are wondering if that’s what Alexis had on her mind when she recently had a brief conversation with Valentin Cassadine.

Many might be shaking their heads in disbelief, but some GH fans swear there were sparks flying between Alexis and Valentin. Was there just a touch of flirting going on when Valentin and Alexis spoke? Regardless, even if there had been sparks they were quickly drenched when Valentin was called away to deal with his daughter.

The bottom line is that any kind of romance between Alexis and Valentin is not very likely. For some, however, it’s a fun thing to contemplate.