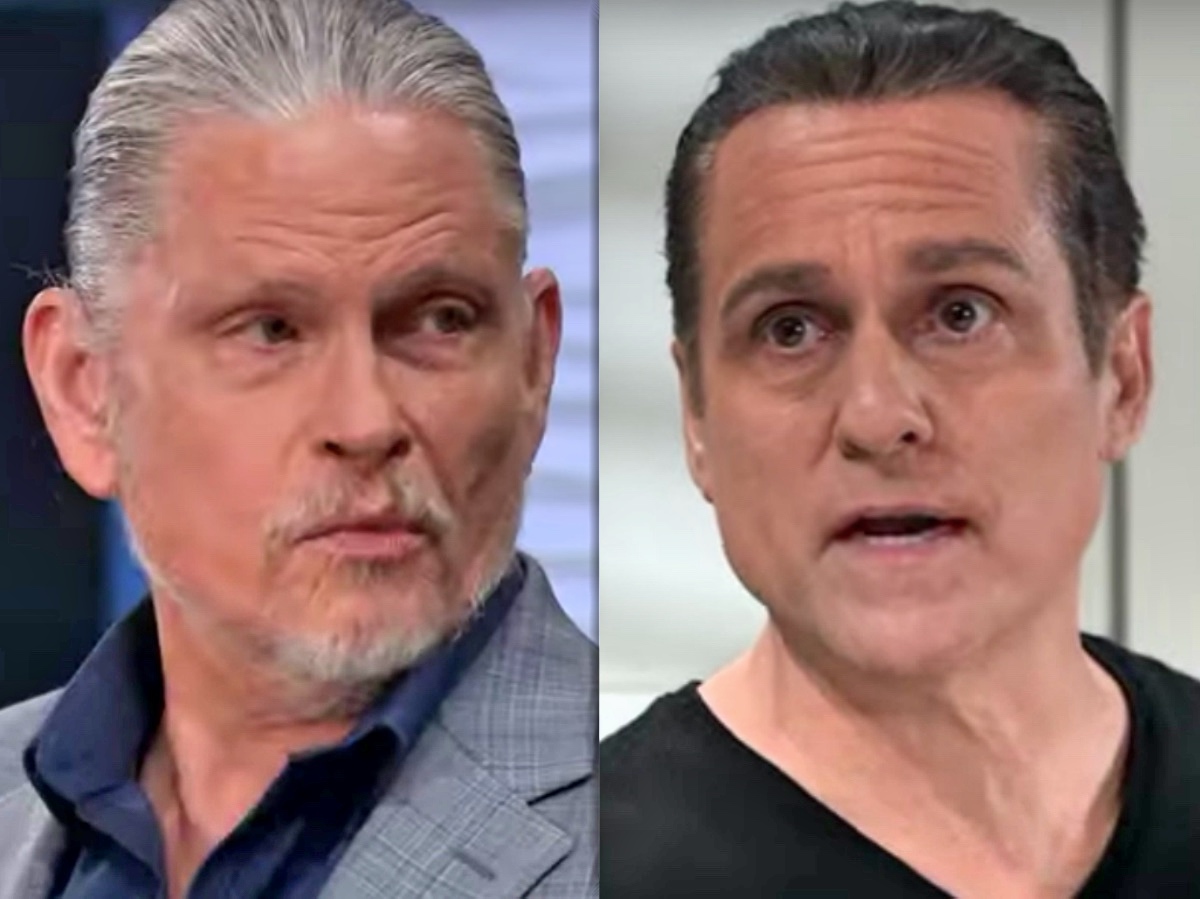 With too many things seemingly on his plate, Sonny is appears to be worried. GH fans know that Sonny’s been called away to see his ailing father a lot in recent weeks. More and more, Mike Corbin (Max Gail) seems to be slowly slipping away.

Viewers know that Mike’s succumbing to the horrors of Alzheimer’s disease. Everyone has watched as Sonny has expressed the anguish he feels, seeing his father lose his memory. Worse, Sonny had a tense, difficult discussion with Mike’s doctor and then with Elizabeth Webber Baldwin (Rebecca Herbst) regarding palliative care.

To top all that off, Cyrus Renault’s been pushing for a meeting. As GH viewers know, the longer Sonny put off a meeting with Cyrus, the worse his situation could get. In fact, because Sonny had to deal with his ailing father, he was unable to make it to a meeting with Cyrus … a fact that Cyrus took as an insult.

Now, GH fans know that as Cyrus was meeting with Lulu Spencer-Falconeri (Emme Rylan) and her mother, Laura Spencer (Genie Francis), he got a text message from Jason Morgan (Steve Burton). Sonny wanted to meet right away. Smooth as always, Cyrus took his leave from the women, got his bodyguard, and then headed out to meet with Sonny.

At the meeting, viewers know that everything was tense. Multiple times it appeared that Cyrus’s bodyguard took offense to things Sonny was saying and made aggressive moves. Of course, Jason Morgan was standing right there and wouldn’t have allowed harm to come to Sonny. Still, Sonny told Cyrus to get his man off of him.

Now, some GH fans might feel that Sonny went into the meeting looking for a fight. At the very least, Sonny attempted to set the tone. He tried to do the big dog thing where he stared Cyrus down and with his chin thrust out suggested that he’d be the one to do the talking.

Fans watched as Cyrus attempted to make it appear that Sonny had been disrespectful and had insulted him. However, Cyrus was just as quick to turn it around and pretend to be magnanimous in his forgiveness once he realized Sonny had canceled their previous meeting due to his father’s ill health.

How things will play out between Sonny and Cyrus right now is anyone’s guess, but it’s a fair bet to say that there won’t be peace. These two GH criminals don’t like each other one bit. Besides their personal dislike for one another, Cyrus also attempted to kill Sonny’s family members … so things for Sonny are pretty personal right now.

GH fans may watch as the streets of Port Charles explode with violence until either Cyrus or Sonny is the last man standing.