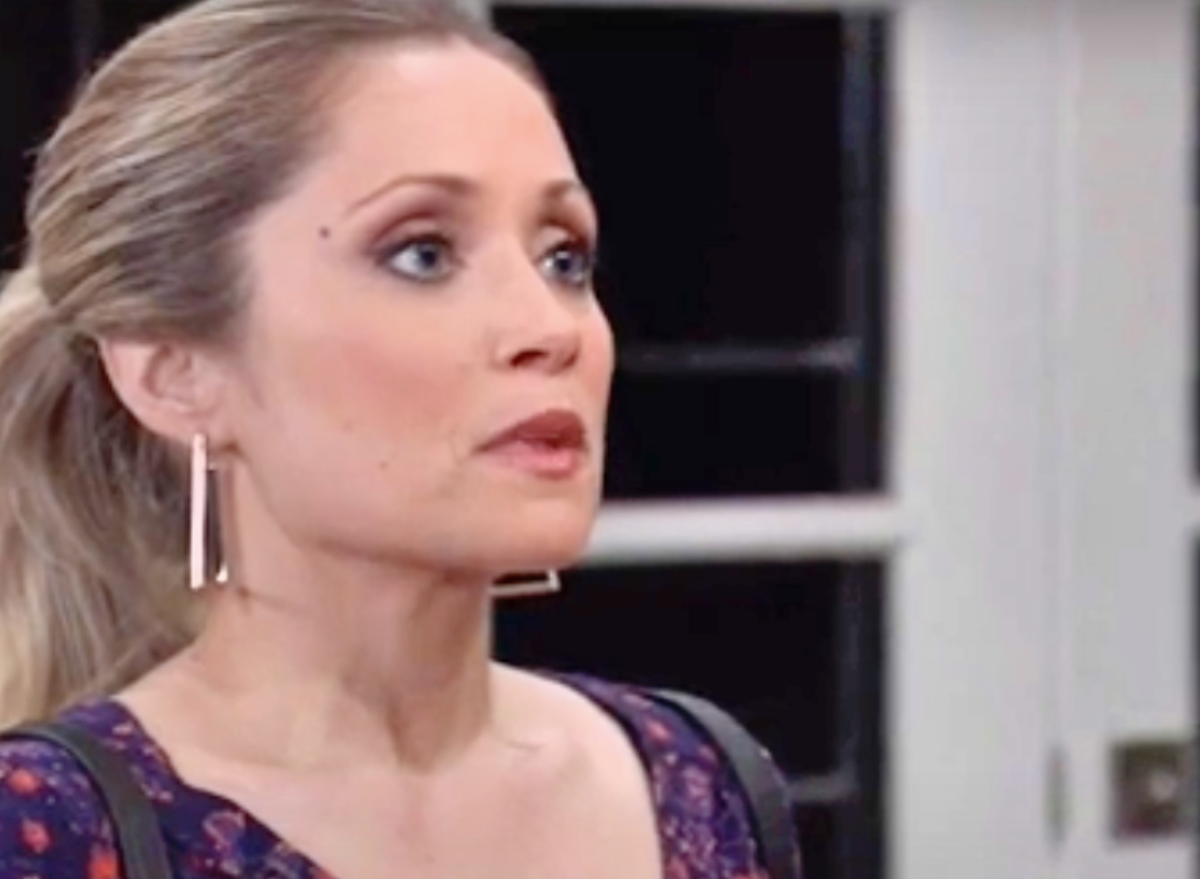 General Hospital (GH) spoilers revealed that Lulu Spencer-Falconeri (Emme Rylan) could be enraged when she arrives at the offices of Nina Reeves (Cynthia Watros) at Crimson magazine. GH fans know that’s because her daughter, Charlotte Cassadine (Scarlett Fernandez) snuck off and left without letting anyone know where she was. Lulu was beside herself with worry!

Now, GH fans have watched as Lulu absolutely refuses to give Valentin Cassadine (James Patrick Stuart) any kind of a break. Even after her own mother, Laura Spencer (Genie Francis) and after her attorney, Diane Miller (Carolyn Hennesy), told her that Valentin planned to give her custody of Charlotte, she refused to believe it. Even though Laura has no love for Valentin, and her daughter knows that, Lulu accused her mom of being an apologist for the evil Cassadine.

Many GH viewers were more than annoyed with Lulu and felt her behavior was incredibly unreasonable. While there is the chance that Valentin could renege on his plan to give Lulu custody, many feel that until or unless he does so, Lulu needs to chill out. The fact that Lulu had some kind of constant comeback to her mom’s assertions vis-à-vis Valentin just proved that she’s got a major chip on her shoulder.

Of course, GH viewers know that all of Valentin’s lofty self-sacrificing ideas concerning giving his daughter over to Lulu to raise might have just gone out the window. That’s because the moment Charlotte was in his presence and crying huge, painful tears, everyone could see Valentin’s heart melt.

Some might wonder if Charlotte might not be the catalyst that causes Valentin to rethink his life and clean up his act. It’s just possible that he might do it for Charlotte if for no one else on planet Earth.

However, at this point, that’s exactly what Lulu is most afraid of. Lulu had worked herself up to the point where she felt ready to go to war with Valentin to get custody of Charlotte. The fact that he suggested he’d give up custody was something she knew in her heart was probably too good to be true.

General Hospital Spoilers: GH Alum Emma Samms Recovered From COVID-19 – Warns Fans What They Should Not Do! https://t.co/yWKc658n8m #GH #GeneralHospital

General Hospital Spoilers – Valentin Cassadine and the Flip Side

If Valentin actually decides to change his mind, Lulu’s war with Valentin might actually become much harder to fight. And why, some GH viewers might ask? Because Valentin just might redouble his efforts in an effort to prove to Charlotte that his love is never going to go away.

Plus, Valentin might recruit Alexis Davis (Nancy Lee Grahn) to help him out. Then GH viewers will see Alexis pitted against her “bestie” Diane, and then won’t that make for some fun drama?

While many don’t believe things will go down this way, there actually is an option that Valentin could take that many believe would be utterly tragic. When Lulu arrives at Crimson, after hugging Charlotte and crying right along with her, he could tell Charlotte that what he’s about to do is for her own good. Then Valentin could stand up, look Lulu in the eyes and tell her that Charlotte is hers to raise. Then Valentin might actually do as he suggested to Alexis …Valentin will walk out of Crimson and out of Charlotte’s life. And he won’t look back.