General Hospital Spoilers: Parry Shen Put Together A Fun Video To Remind Us Of Happier Times 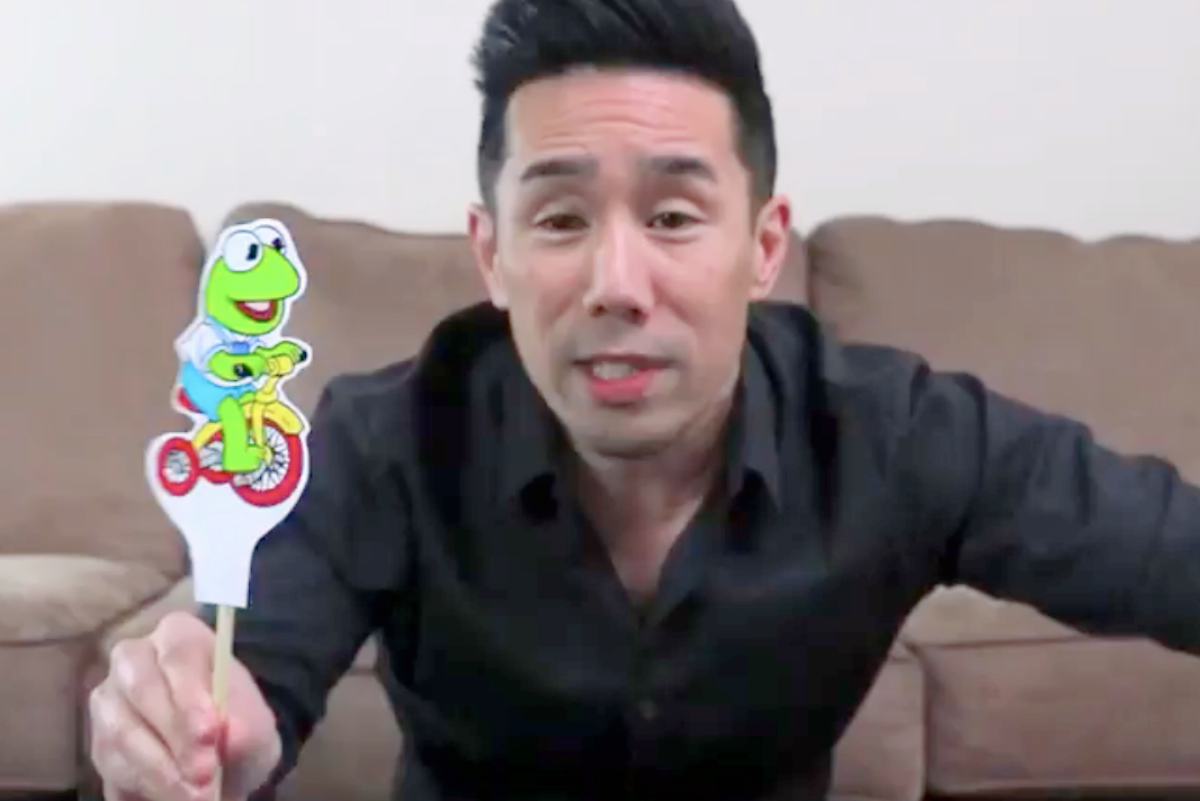 The video showed him putting on a kind of puppet show where he sang the theme songs in the voices of the characters, which fans seemed to be really interested in.

The caption that he posted with it read, “How to top last year’s trio of “Connection” with Kermit/Piggy/Elmo? By recreating the entire opening of 1985’s “Muppet Babies”! (Look up the original!)) I love the first 2 lyrics & thought with the quarantine, they were especially timely for us all: “When your room looks kinda weird, and you wish that you weren’t there/Just close your eyes & make-believe, and you can be anywhere! I am & always will be, a by-product of Jim Henson + Fred Rogers — entertaining with humor & goofiness underlined with a foundation of kindness & creativity.”

The Numbers: 1 week of prep (piecing the characters in photoshop/cutting them out/assembling on stands/finding music), 1.5 days of “choreography” rehearsals, 17 takes, 11 different voices, 19 set pieces in 60 seconds. This video provides a peek into the making of the ‘Muppet Babies‘ re-creation (see last post). Watch 'til the end for the outtakes! Trivia: 1st time ever attempting voices for: Rowlf, Scooter, Skeeter & Gonzo; @hpmendoza provided me with such a fantastic instrumental track with amazing backup vocals — but it sounded waay TOO good! Coupled with the voices it looked/sounded like I was lip-syncing to the show's theme song! So I had to PAINFULLY make the decision to just use the music and NOT his vocals. However a portion of it's in this video, so that it can be heard & enjoyed — it makes me smile!

“The most wonderful part of this all was when I was cutting these characters out, because the SOUND of the scissors going through the card-stock brought me back to when Mr. Rogers did the same with construction paper — being able to make anything out of paper. Only now I do the same with a little help from Photoshop. “

General Hospital Spoilers: Parry’s Character Brad Has Been Tossed In Prison Because Of His Involvement In The Kidnapping Of Wiley

Big thanks, to @hpmendoza for the help in making a fantastic instrumental track for me to sing to! Enjoy! “Imagination has no age” – Walt Disney, “We don’t stop playing because we grow old; we grow old because we stop playing.” – George Bernard Shaw “

The fans seemed to like the video that Parry Shen Posted with some fans saying, “That was so good!!” and another fan saying, “LMAO too funny as long as you’re keeping yourself occupied.” While other fans expressed how much they missed him on the show. One fan commented, “This just brought me so much joy! Miss you on GH…hope to see everyone back at work soon.”

As of right now, Parry’s character Brad has been tossed in prison because of his involvement in the kidnapping of Wiley. Although fans of the character are waiting for him to come back to their screens. We’ll give you updates as GH news comes in. Stick with the ABC soap, and don’t forget to check HH often for the latest General Hospital spoilers, updates, and news.