The Bold and the Beautiful Spoilers: Wednesday, April 29 Recap – Eric Announces His Return As Forrester CEO 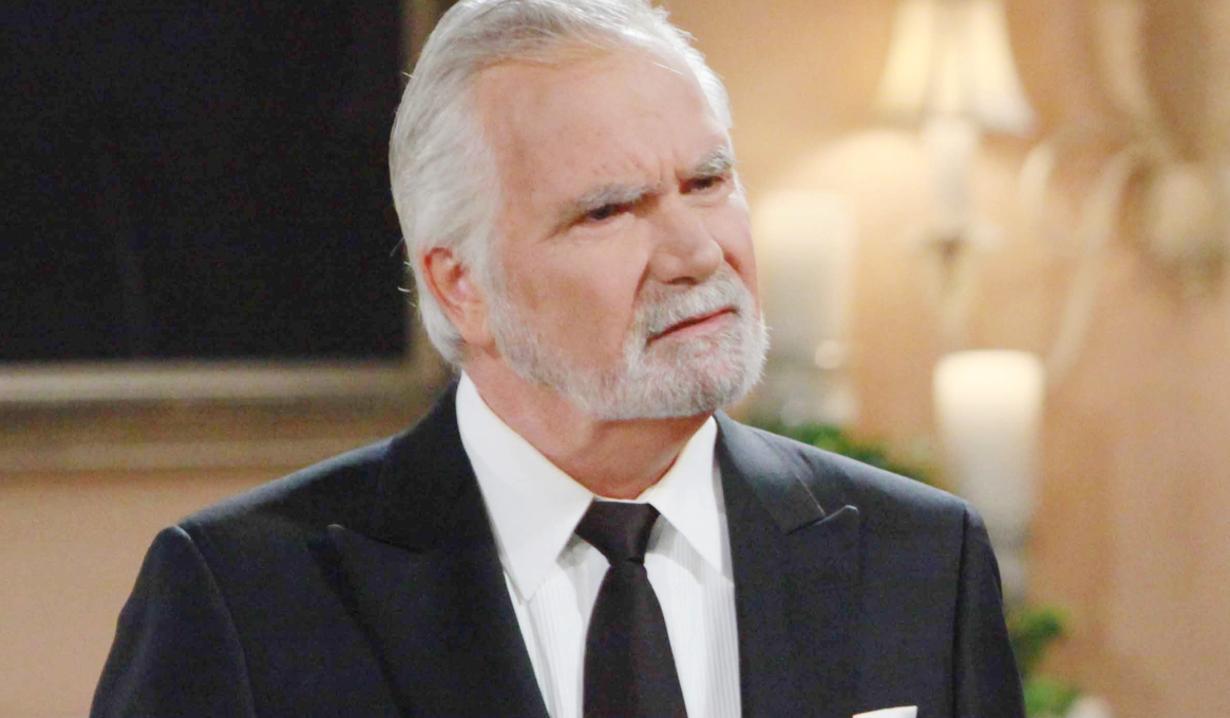 The Bold and the Beautiful spoilers recap for Wednesday, April 29, reveal that viewers saw an encore episode that originally aired on July 27, 2016. Rena Sofer, who portrays Quinn Fuller, introduced the episode. Rena said that she hoped that viewers were enjoying the “Escape to Monte Carlo” week, and that today’s encore episode was one of her all-time favorite memories of shooting B&B.

Steffy and Wyatt fielded questions from the press, with Wyatt saying that he was proud of his wife and what the two of them were accomplishing together. Liam commented briefly on Bill Spencer’s (Don Diamont) absence from the summit, then noted how wonderful it was to have Eric present at the event. The press asked Eric how it felt that Steffy was a Spencer again, which irked Liam.

Eric then made his big announcement – that he’s stepping back into the role of Forrester Creations CEO. The press was thrilled, and Liam glanced briefly at Wyatt and Steffy, who happily kissed. Steffy and Wyatt fielded more questions, as did Liam, who told the press that he wanted to give back and make a difference in the world. Steffy noticed and was impressed.

Wyatt gloated to the press that Steffy just surpassed 2 million followers on social media, and he talked about the new revolutionary online platform that Spencer Publications was designing. Wyatt said that Steffy would be at the forefront of it all, as Liam looked on sadly.

Meanwhile, on a commercial airliner, Quinn sat toward the back of the plane in a middle seat between a man and a woman who sang and carried on loudly. Quinn asked the couple if they knew they were singing out loud on an airplane, but the couple didn’t take the hint. Quinn offered to switch seats with one of them, but the couple refused.

Quinn then asked the flight attendant for a blanket, but they cost $10. The woman took out a big patchwork blanket and the three of them shared the blanket, with Quinn mortified. Quinn was subjected to photos of the couple’s dog and son, then she noted that she had a married son, which the couple gushed over.

Soon, there was some mild turbulence, and the couple held hands over Quinn. The woman got queasy and threw up in Quinn’s lap. The man proceeded to eat a burger, then the flight attendant came around to get food orders, and the woman annoyed Quinn by being unable to decide on what to select for her entree.

More small talk ensued, and Quinn told the couple that she was traveling to Monte Carlo to see the special man in her life and to try to change his mind so he’ll take her back. The couple proceeded to annoy Quinn some more with their eating, snoring, and movie-watching, but finally the flight ended, and Quinn and the couple parted ways.

At the beach, Wyatt and Steffy enjoyed themselves during some down time in between the summit and other activities that Eva had planned for them. Wyatt and Steffy canoodled under some umbrellas in the rain and commented about how well the summit had gone earlier in the day. Wyatt said that Eric’s speech was inspiring, and that Steffy was magnificent and sexy and wonderful.

Wyatt then stepped away to get some champagne, and Liam walked up to Steffy. Liam sat down, noting that Steffy was making quite the splash. “Let me guess, you’re not a fan of social media,” Steffy said. Liam noted that it seemed intrusive, and that there were a lot of intrusive people out there including Quinn. Steffy reminded Liam that Quinn wasn’t there, and that he didn’t need to worry about her.

Wyatt returned with two glasses of champagne and jokingly told Liam to give it a rest and that his mother was a thousand miles away. Liam sulked off and looked back as Wyatt and Steffy drank their champagne and Wyatt took pictures of Steffy with his phone. Finally, up in Eric’s room, he reminisced about good times with Quinn.

That was the end of the episode, and afterwards Rena Sofer returned to thank fans for watching this special encore episode of B&B. Rena also noted that she hoped that everyone’s family and loved ones were staying safe and heathy during this time.

That episode of B&B was a fun walk down memory lane – stay tuned for another encore episode tomorrow! We’ll keep you up to date on all the latest B&B news. Remember, HH is your go-to place for updates on all the soaps!