The Young and the Restless Rumors: Victoria Will Not Forgive Victor For His Protection Of ‘Devil Child’ Adam 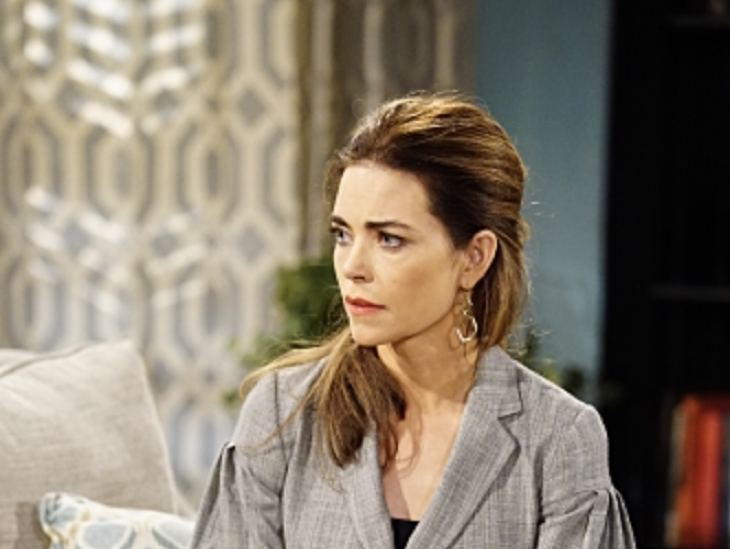 Viewers of The Young and The Restless will recall that Adam killed his childhood friend Alyssa Montalvo’s (Maria DiDomenica) father, AJ Montalvo (uncredited actor) father in an effort to protect his mother, Hope Adams Wilson (Signy Coleman) when he witnessed Montalvo roughing her up for money his stepfather, Cliff Wilson (David Cowgill) had owed him, Montalvo having been a loan shark recently released from prison. Victor had been called by Hope, and he had flown to Kansas at the time and found a dead Montalvo and a catatonic Adam, who had tackled Montalvo and killed him and blocked it all out.

The Young and The Restless Spoilers: Marla Adams Dishes On Friendship With Eric Braeden https://t.co/MwfBI4aG2r pic.twitter.com/hE6Q8PBRQR

Hope and Adam had not attended the funeral of Adam’s childhood friend’s father because Hope didn’t want Adam to remember what he did, and Victor had agreed that it was a blessing for and eleven year old child not to remember something like that. Victor told Adam the truth of what he did in a recent episode of The Young and The Restless, and Nikki Newman (Melody Thomas Scott) told Victoria, after Victor told her, and Victoria had told Alyssa, who was threatened by Victor and left town. Adam then was fired from his position of CEO of Newman Enterprises and Victoria got her coveted CEO chair back. However, Victoria still feels animosity towards Victor and no compassion towards Adam!

The Young and the Restless: It Is Understandable That Victoria Newman Would Have No Compassion Towards Adam Newman – The Adult

It is somewhat understandable that Victoria would have no compassion towards Adam as an adult – after all he has done many underhanded and despicable things, but then so has their father, Victor Newman. But Adam was eleven years old and traumatized, and actually catatonic – a condition marked by inability to respond to stimuli, yet not in a coma and fully awake. Sometimes a catatonic person is physically rigid – in Adam’s case, literally scared stiff. But as far as Victoria is concerned, she doesn’t believe a word of that.

She refuses to forgive Victor for having compassion towards his youngest son and covering up the murder and protecting Adam, and as far as she is concerned Adam was an eleven year old murderer fully understanding and able to plot exactly how he would kill and how to do it – she thinks Adam was a devil child grown into a murderous, manipulative monster! She is also angry at Victor for having let Adam manipulate him! Adam should have been put in a reform school or tried as an adult for this murder, at the very least if he really was catatonic he should have been put in a juvenile mental facility for treatment! Victoria doesn’t think she can ever forgive her father even now that she is back at the helm of Newman Enterprises; and what’s worse, she has convinced her brother Nicholas Newman (Joshua Morrow) to take her side!