Days of Our Lives Spoilers: Hope & Steve Try to Move On, But Past Continues to Haunt Them 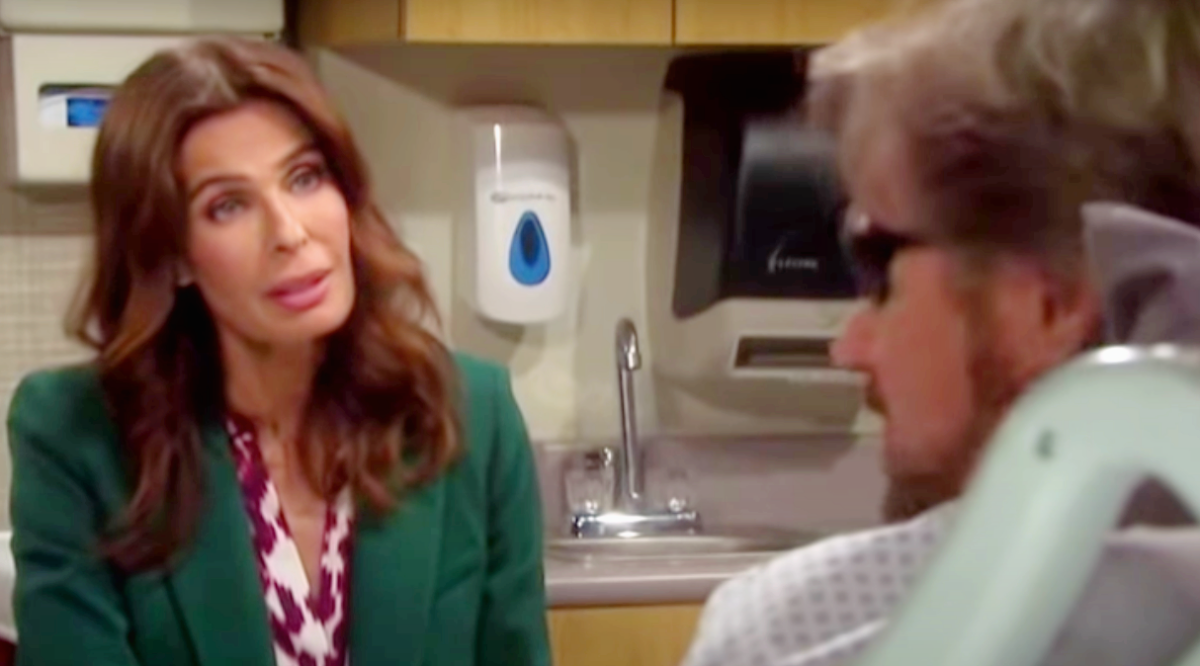 Days of Our Lives spoilers reveal that Hope Brady (Kristian Alfonso) and Steve Johnson (Stephen Nichols) are bonding over similar experiences. After being brain-chipped and destroying the lives of loved ones, they both feel guilty. The two characters will try to move on, but their past actions may continue to haunt them in more ways than one.

DOOL spoilers reveal that Hope just can’t seem to forgive herself for the things she did as Princess Gina von Amberg. She has a massive amount of guilt even though those actions were done when she wasn’t in control of herself. She had been transformed into Princess Gina by Dr. Wilhelm Rolf (William Utay). However, that doesn’t make it any easier for her to forgive herself.

Days of Our Lives Spoilers: Sarah Holds Rex Hostage – Ties Him Up to Prevent Losing Rachel

As for Steve, he is filled with guilt about the deeds he did while brain-chipped as well. He did some horrible things as Stefano DiMera and hurt the people that he cares about. One of those people was the woman he loves, Dr. Kayla Brady (Mary Beth Evans). He loves her so much that he’s chosen to let her go, no matter how painful that is for him.

Days of Our Lives spoilers from TV Guide reveal that Steve and Hope will both try to move forward with their lives. However, that might be easier said than done. They are both dealing with the mental aftermath of the horrible things they did to the people they care about. They have the choice of moving on, but they can’t forgive themselves enough to actually do it.

Days of Our Lives Spoilers: Past Haunts the Present?

It doesn’t look like Steve and Hope are making much progress in the forgiveness department. Viewers saw how John Black (Drake Hogestyn) understood what happened, but the relationship between Hope and Dr. Marlena Evans (Deidre Hall) seems changed forever.

As for Steve, he is just making things worse by continuing to push Kayla away. It’s possible that things for these characters might get worse before they get better. What will it take for them to forgive themselves and get redemption in the eyes of those they hurt? We will have to keep watching the NBC soap opera to see what happens next with the Salemites.