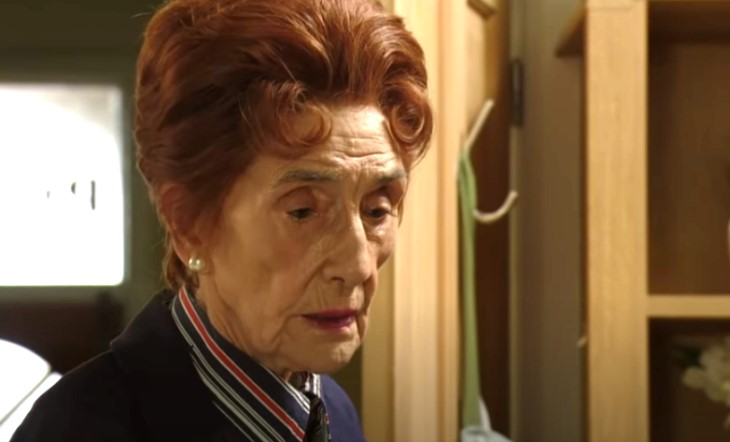 Eastenders spoilers hint at fans finally getting the answers that they were searching for. This will be what happened to Dot Cotton a beloved character on the British Soap, EastEnders. John Altman speaks up to explain and reveal the reasons why Jane Bron decided to leave the show. So, viewers were able to learn a little more about Jane’s exit and have some of their questions answered.

Jane Bron, who played Dot Cotton, left fans devastated when she decided to leave her role as the long-running character, Dot. Not only that, but fans were confused about the reason for her leaving the show. John Altman says that there were multiple reasons for her exiting the show.

In an interview with The Sun, John Altman said, “I spoke to her obviously [and] I don’t want to quote her but I think generally, bless her heart, she’s 93 number one, so she does get very tired these days. Number two I don’t think she was getting the best of storylines. She’s very much a diehard professional in the business and she wasn’t getting quite what she was… she wasn’t very impressed by some of the writing she was getting.”

John informed The Sun that Jane wanted the original actress to play Dotty instead of the soap doing a recast. However, the original actress said that when she was contacted, they wanted someone who was older to play the part. The odds are that they had their storylines set up already as they have hinted at a love triangle between Peter, Bobby, and Dotty.

He continued by saying, “It was a great shame that Molly Conlin wasn’t brought back as Dotty as well. I don’t think she was very happy about that. And nor was I, actually, I didn’t understand why, when they had the original actress who’d grown up, they hadn’t brought her back, but that’s up to the BBC.

I think all those things [I’ve] mentioned – tired, not delighted with the storylines, and a different Dotty. She just wasn’t happy anymore, so she had to decide to leave, which is a shame.” Watch EastEnders from Monday and Friday at 8 pm and Tuesday and Thursday at 7.30 pm on BBC One to find out what happens next.