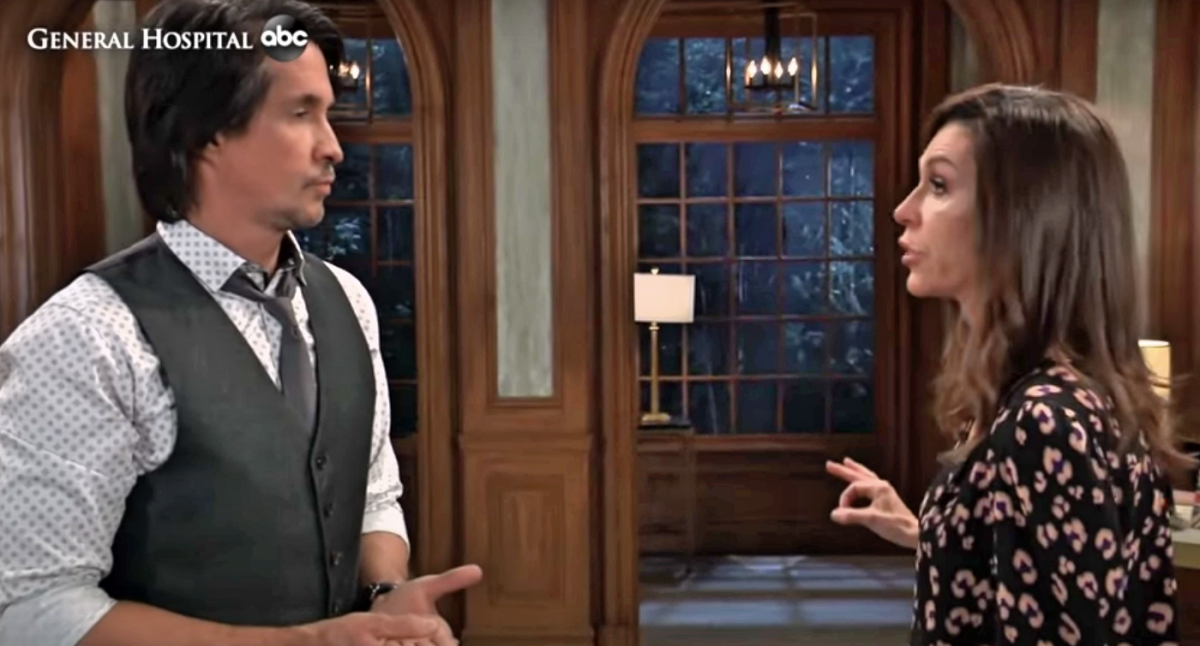 General Hospital Spoilers hint that there may be trouble in paradise for the happy couple, Anna Devane (Finola Hughes) and Hamilton Finn (Michael Easton). As viewers know, Anna and Finn have been engaged for a while and have not really talked about the wedding.

This is for many reasons, with one of the reasons being the argument that had about Peter that at the time led them to live in different places. However, they are not out of trouble because the longer they delay, the more trouble that is going to block their paths. So, what might be the problems?

Anna and Finn have been having trouble in their relationship that has been pushing them apart from each other and away from the alter. First, Anna had to leave after they first got engaged, which delayed them from being able to talk about the wedding or anything regarding it.

When she did come back, the troubles did not end as Hayden Barnes (Rebecca Budig) came back along with her daughter. Not long after, Hayden disappeared, which left Finn to have to raise their daughter without Hayden. This did not cause that big of a problem compared to the Peter problem. As Finn and Anna could not agree with, rather, Peter was guilty of what he was being accused of since Anna saw him as being innocent while Finn saw him as guilty.

They were able to repair things between them, but this might not be the only thing that will come between the two of them. This could have something to do with Peter August (Wes Ramsey), as he seems to be the only one who could cause problems between them. Finn may not be fully convinced of Peter’s innocence but has gone along with believing that he is not guilty because of the evidence that was put in front of them that said that Liesl Obrecht (Kathleen Gati) was guilty.

Viewers may not see a wedding between the two of them if they continue to wait. What do you think? Will Anna and Finn get married? We’ll give you updates as GH news comes in. Stick with the ABC soap, and don’t forget to check Celebrating The Soaps often for the latest General Hospital spoilers, updates, and news.