General Hospital Spoilers: Neil Might Be A Plant – Secretly Working For Cyrus? 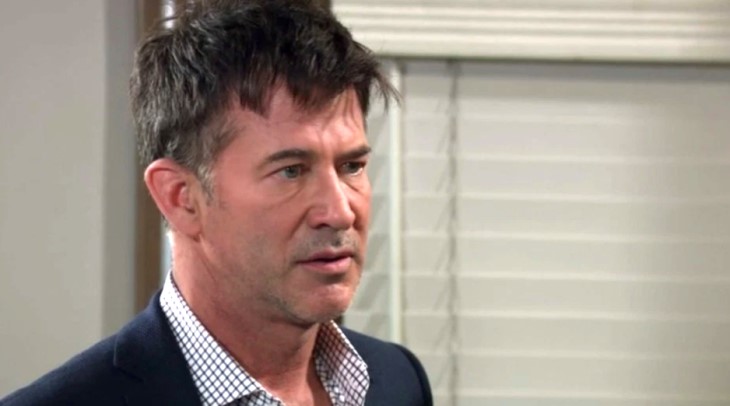 General Hospital (GH) spoilers tease that Cyrus Renault (Jeff Kober) has his people secretly working in Port Charles. As viewers know, Harmony (Inga Cadranel) has already been revealed as being Cyrus’ underling. And it seems that Martin Grey (Michael E Knight) is about to follow suit. But is there another Port Charles resident under Cyrus’ control. Is Dr. Neil Byrne (Joe Flanigan) another one of Cyrus’ employees? Let’s take a look at the facts.

Neil and Alexis had an instant attraction to one another, and Neil even asked her out. That is until she showed up in his office as his newest patient. Alexis and Neil decided to ignore any attraction and soon he was Alexis’ therapist. It wasn’t long before Sonny Corinthos (Maurice Bernard) enlisted Neil to help deprogram Kristina Davis-Corinthos (Lexi Ainsworth) from the Dawn of Day cult, since that was Neil’s area of expertise.

Eventually, Kristina was liberated from Dawn of Day, and the attraction between Neil and Alexis. Neil gained the trust of the Corinthos family during this time, and Neil and Alexis ended their professional relationship. They went out on one date. But the problem is that a therapist and his patient can’t see each other personally for two years after their professional relationship is terminated. It seems odd that Neil wouldn’t know this. Perhaps this was his plan all along?

Perhaps Neil, working for Cyrus, was assigned to get close to the Corinthos family and to keep Alexis otherwise occupied. Because of their relationship, it seems likely that Alexis could be disbarred by the State of New York, rendering her useless to help Sonny if it came down to that. And because of the help he gave Kristina, Sonny would trust this man. Of course, they may be something even more sinister going on.

GH Spoilers – Laura Collins Asked Dr. Neil Bryne To Lead Up A Clinic For Those With Addiction Issues

Cyrus is in the drug business. But he clientele would dwindle away if they sought help for the issue. Mayor Laura Collins has asked Neil to head up a clinic because of the new wave of drugs in town. But what if Neil covertly encouraged those patients to continue with their drug use. Cyrus would remain in business.

Is Neil working for Cyrus? If so, what is Neil’s ultimate purpose? Is he there to distract Alexis, gain Sonny’s trust, or something far more sinister? Only time will tell, so stay tuned to General Hospital airing weekdays on ABC. And don’t forget to check back here regularly for all your General Hospital news, information and spoilers!