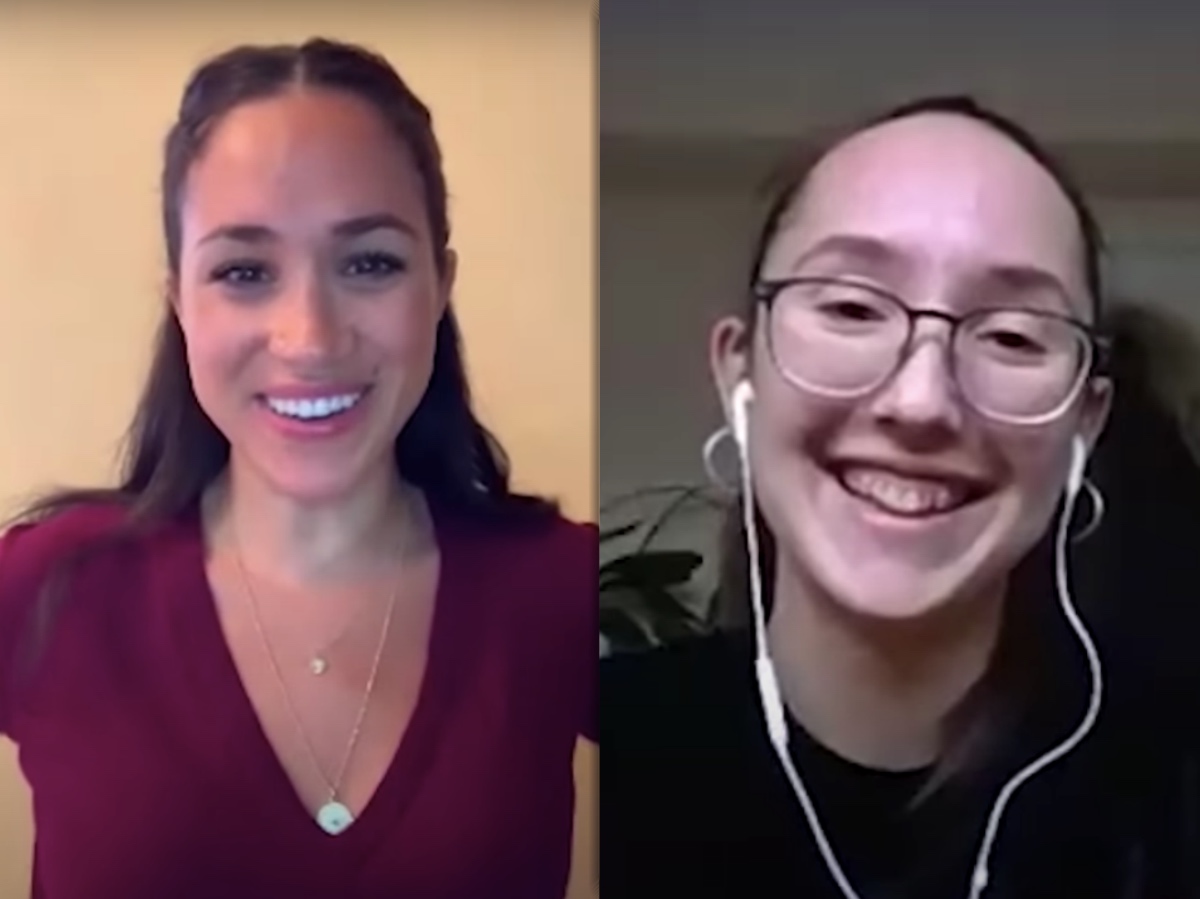 Is it a coincidence that Meghan Markle and Prince Harry are suddenly making charitable appearances left and right just days after their highly publicized trial against the press they detest?

What gives with the pair? On Friday the controversial suit Meghan brought against a publication for having the nerve to discuss her went public and now this week both she and Harry are hogging the limelight, pitching videos painfully pocked with positivity.

Darn if it doesn’t all seem so downright calculated.

For his part, this week Harry has been seen in videos hawking a Thomas the Tank movie as well as promoting a military fitness program. Hard to disagree with either of those entities, so, smart move, Harry, you’ll get none of that media dissent you so loathe.

Now along comes Meghan, “mentoring” a gobsmacked youth for all the world to see.

Meghan can be seen dishing with a young interviewee via video link, publicizing her role as a Smart Works patron.

Meghan Advises Be A Beacon Of Hope And Positivity

Following the court date on Friday, they’ve made at least three (and counting) very public, very upbeat video appearances whereas previously they had shunned the press to the point of proclaiming who they would and would not cooperate with. Right, nothing fishy here, folks!

The video clip can be seen on the charity’s Instagram page with Meghan chirping out the mantra of hope and positivity to the unnamed girl who has applied for an internship after finishing her psychology degree.

Meghan proclaims, “You seem incredibly confident and prepared. Everyone here is so excited, so when I was reading what your interests were – you have a big focus in mental health right?” Yes Meghan, that is what psychology is about.

She went on to say, “I think that’s excellent. I think you’re going to be fantastic, it’s just so exciting. I just wanted to call in and tell you best of luck and my fingers are crossed for you.”

Meghan of course got in the part about, “there’s so much going on in the world right now,” but she urged the girl to be a, “beacon of hope and all the positivity.”

Is it also a coincidence that after Meghan was named a Smart Works patron that she launched the Smart Set clothing collection last September?

In fact, Meghan’s best friend, the designer Misha Nonoo, credited her for coming up with the idea all by herself—imagine that!