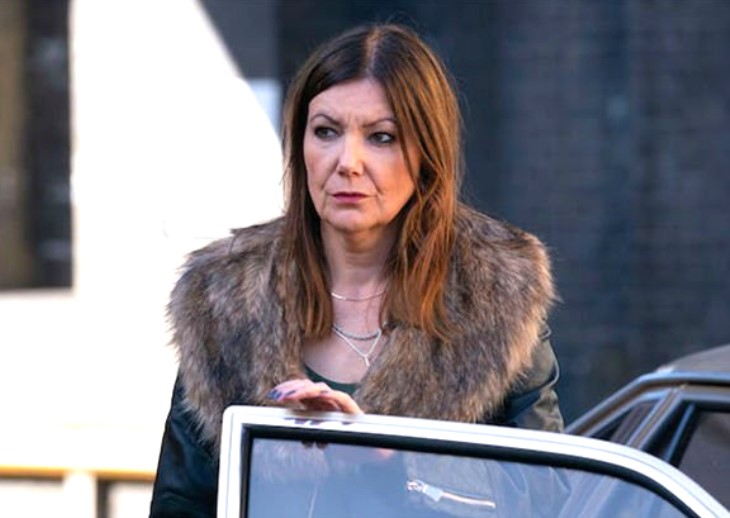 EastEnders spoilers hint that Michaela Turnbull (Fiona Allen) may have known more about the abuse then she let on. Michaela has recently kidnaped Whitney Dean (Shona McGarty) and held her captive. While the people who know Whitley thought she had run away. However, it seems that during her stay with Michaela, she will find out more then she realized she would.

Michaela has recently come back into the village in order to go after Whitney, who she believes murdered her son. However, her son was stalking Whitney, which led to him trying to attack her. This soon led to his death as he tried to get revenge for his father. So when Michaela gets into Walford and is warned to stay away from Whitney, she decided that she will get her attention another way by posting things about her.

However, after being shut down, she decides to kidnap her instead. It does not take long for her friends and family to realize that she was gone, but many of them wondered if she was a runner or if something else happened. So they went looking for her.

In the meantime, Whitney and Michaela are not having the best time as Michaela is accusing her of killing her son and is being very hostile. However, after a while, she decides to change her tactic and decides to reason with Whitney in order to get her to admit to what she thinks happened. However, Whitney sees right through this trick, and in the next scene, they have a real conversation.

The conversation turned to Tony and the truth of who left who came out as Michaela let it slip that she took Leo King (Tom Wells) away from Michaela, which made Whitney ask her about why she left Tony (Chris Coghill). Then the realization hit her when Michaela said that he made her sick. It turns out that Michaela knew what Tony was doing the whole time, and instead of speaking up, she took Leo and walked away.

Whitney was shocked and upset to learn about this piece of information, but how will it affect them in the upcoming episode of EastEnders. What do you think? Were you surprised to hear that Michaela knew about Tony’s behavior? Watch EastEnders from Monday and Friday at 8 pm and Tuesday and Thursday at 7.30 pm on BBC One to find out what happens next.