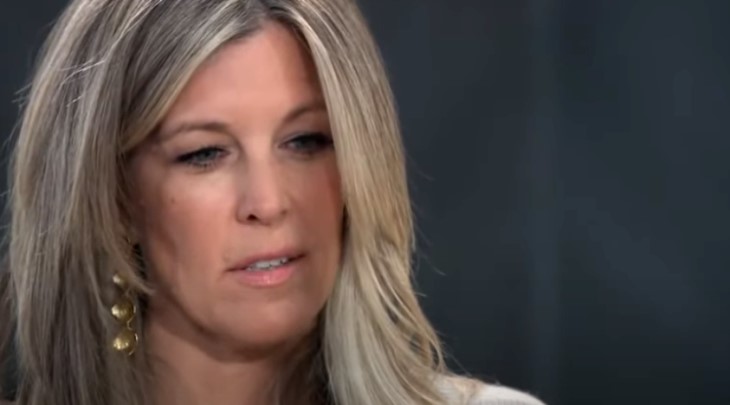 General Hospital (GH) spoilers tease Carly Corinthos (Laura Wright) will initially be quite angry with Sasha Gilmore (Sofia Mattsson) when she hears about Sasha’s “affair” with Harrison Chase (Josh Swickard), but it won’t be long before she finds out the truth. Sasha and Chase faked the affair so Michael Corinthos (Chad Duell) and Willow Tait (Katelyn McMullen) could get married without worrying about hurting their respective love interests.

Diane Miller (Carolyn Hennesy) has made it clear to Michael that if he got married to the right woman, it would dramatically improve his chance at winning custody of Wiley Corinthos (Erik and Theo Olsen) against Nelle Benson (Chloe Lanier). Sasha and Chase both feel Willow is the “right woman”. The two of them sacrificed their own happiness to help Wiley have the family he deserves. But to everyone else, it just looks as though Sasha and Chase were thinking only about themselves.

Carly might actually be blamed for Sasha’s idea anyway. Carly was the one who encouraged Sasha to do whatever she had to in order to help Michael. She recognized Sasha’s deceptive streak. It shouldn’t be long before Carly realizes why Sasha and Chase did what they did. This will prove to be a dilemma for Carly. Will she tell Michael the truth or will she allow the charade to go on, so Michael and Willow will marry? Carly has two goals she will want to accomplish, one is keeping Wiley safe and the other one is sticking it to Nelle.

Carly will do what’s for Michael, and it’s likely that will mean keeping Sasha’s secret. She will likely encourage Michael and Willow to marry. She barely knows Willow, so it won’t be anything personal. But Willow’s history is spotless compared to Sasha’s and that’s just the edge Michael may need to win against Nelle. And for Carly, getting one up on Nelle is going to be a priority. So it seems likely, she will encourage Sasha to continue with her lie.

Will Carly find out the truth behind Sasha and Chase’s actions? Will she support their decision or will she tell Michael the truth? Only time will tell, so stay tuned to General Hospital airing weekdays on ABC. And don’t forget to check back here regularly for all your General Hospital news, information, and spoilers!