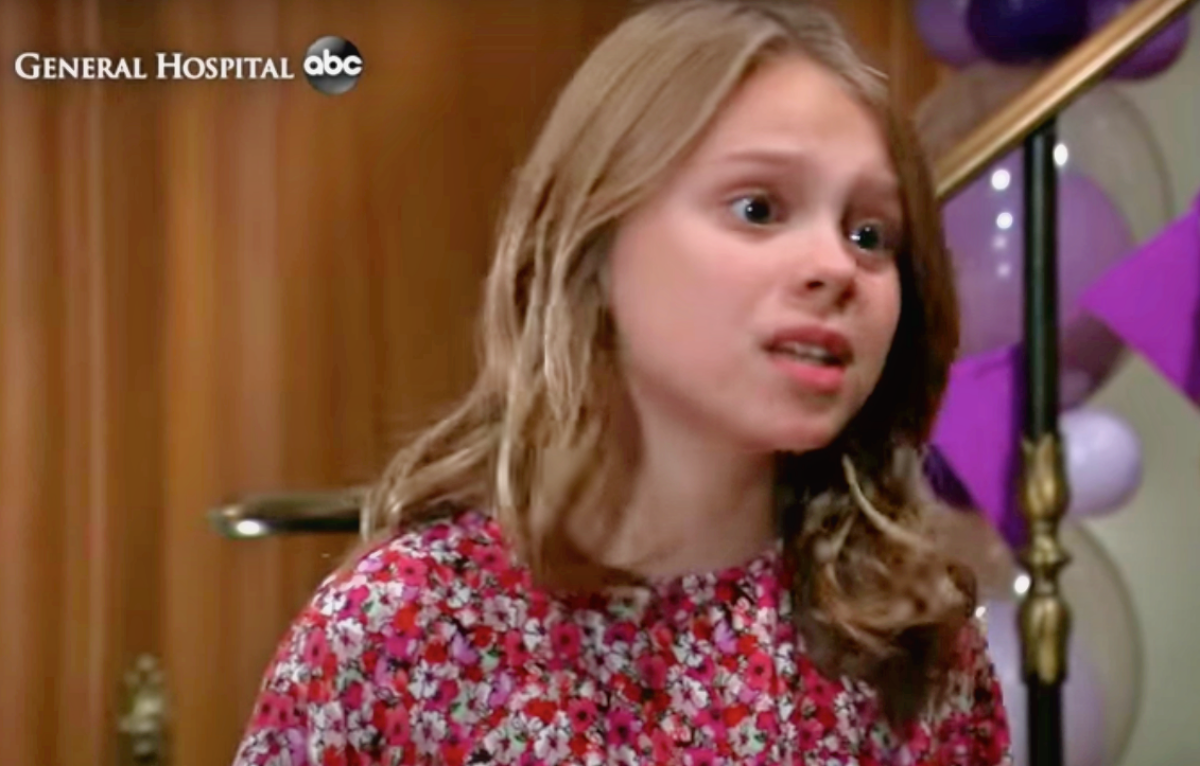 General Hospital (GH) spoilers suggest that some viewers felt that Lulu Spencer-Falconeri (Emme Rylan) might be a somewhat neglectful, bad parent to Charlotte Cassadine (Scarlett Fernandez). That’s because GH fans watched as Lulu badmouthed Charlotte’s father, Valentin Cassadine (James Patrick Stuart) and Charlotte then ran away. Yet Lulu thought she would be great with single parenting?

Outside of the fact that Charlotte ran away from home and made it all the way up to the offices of Crimson magazine by herself without Lulu being any the wiser (which is bad enough), many feel that there are other examples of Lulu’s clueless behavior.

General Hospital Spoilers: Cyrus Attracted To Laura, Tries To Break Up Her Marriage, Determined To Get Rid Of Kevin

Some GH fans might recall the fact that Charlotte recently bought a snake with Valentin’s credit card. Charlotte purchased “Nagini” from Roger’s Reptile Roundup … and she did that too without Lulu knowing anything about it. In fact, the snake had to have been delivered to Lulu’s house. Charlotte had to keep the snake in the house in some type of reptile cage or aquarium. Then Charlotte had to hide her efforts and the snake’s existence from Lulu.

GH fans might agree that’s a lot of effort for a kid! The truth is, it wouldn’t be possible if Lulu was on top of things in her household. Apparently, however, some viewers believe Lulu is imminently uninvolved.

Oh! Then there’s the fact that Charlotte took Nagini to Violet Finn’s (Jophielle Love) birthday party in a big burlap sack. Lulu drove Charlotte to the birthday party and never once asked Charlotte about the bag or what was inside. Many GH fans will agree that Lulu definitely didn’t display normal parental behavior on that occasion!

There’s no such thing as a perfect parent, and no one can accuse Lulu of being one. However, in spite of everything above, it’s clear that Lulu cares about Charlotte and loves her. When Charlotte ran away, Lulu was beside herself with panic and worry. As well, if anyone noticed, after Lulu showed up at the Crimson offices, she didn’t chastise Charlotte or promise some kind of punishment as a result of Charlotte’s actions. Instead, Lulu expressed how relieved she was that Charlotte was okay. Lulu was calm and at the same time expressed how worried she’d been.

To top all of that off, Lulu made peace with Valentin … a man she has despised for a very long time … just to be sure that what was truly in Charlotte’s best interests happened.

Now, most people like Lulu don’t drop child custody petitions willy nilly. These sorts of things are serious business. When GH viewers understand Lulu’s reasons for wanting sole custody of Charlotte, many might have found themselves in agreement. The truth is that Lulu might not have been ready to be a single parent for a normal kid, let alone a child with emotional problems like Charlotte.

Fans might castigate Lulu for cluelessness, but they can’t argue that Lulu doesn’t care. Besides, the issue is now moot, isn’t it?