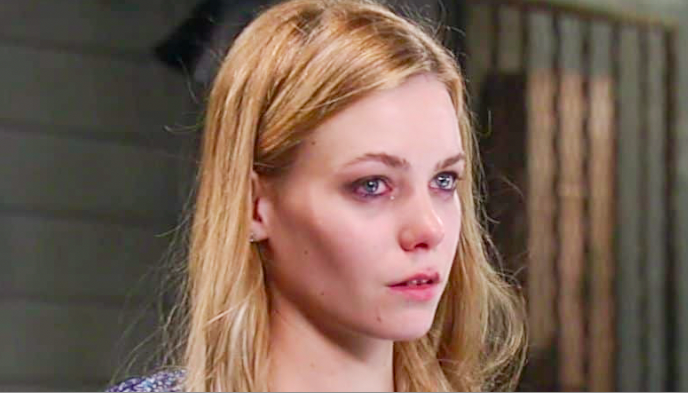 General Hospital (GH) spoilers suggest that if the evil Nelle Benson (Chloe Lanier) wins her medical malpractice suit against General Hospital, both Monica Quartermaine (Leslie Charleson) and Bobbie Spencer (Jacklyn Zeman) could lose their jobs. GH fans know that Nelle was actually correct in filing the suit since both Monica and Bobbi did things that really would get medical professionals fired.

General Hospital Spoilers: Cyrus Attracted To Laura, Tries To Break Up Her Marriage, Determined To Get Rid Of Kevin

One doesn’t have to be on “Team Nelle” to know that Monica Quartermaine wasn’t exactly the picture-perfect image of an impartial doctor recently. When Michael Corinthos (Chad Duell) brought his son, Wiley Cooper-Jones (Erik and Theo Olson) into General Hospital with a heart problem, Monica recommended a battery of tests for the kid. What the doctors ended up discovering was the fact that Wiley had a hole in his heart, a genetic condition that could be fixed with elective surgery.

Now, GH fans know that when Nelle was told about the problem and the fact that it was elective surgery, she refused to sign the parental waiver that would allow Wiley to have immediate surgery. The truth is, that was completely within her rights as a parent. Without the court stripping Nelle of her rights and granting them all to Michael, she wasn’t beyond the bounds of what she could legally do.

With that said, Nelle didn’t even want something strange. Nelle wanted a second opinion before Wiley’s chest was cut open. Many GH fans who are parents might have found themselves at least somewhat in agreement with Nelle at that point.

However, Monica came along and treated Nelle like Nelle was a simple-minded fool who didn’t know, didn’t understand, anything at all! Why Monica has colleagues all around the world and all of them would testify that Monica’s word when it came to surgery might as well be God’s. Didn’t Nelle know that?

Monica might have behaved like an elitist Neanderthal, but it was actually Bobbi who broke the law. Viewers know that once Carly Corinthos (Laura Wright) had locked Nelle up on the roof of General Hospital, and she’d forged Nelle’s signature on the parental consent form for Wiley’s elective surgery, Bobbi took the hard copy and shredded it. Therefore, there was no evidence that Carly had forged anything! (Never mind the fact that if a private investigator had gone through the trash, the pieces of that paper could have been put together again.)

Regardless, the point is that Bobbi broke the law and denied a parent her legal rights. Therefore, many GH fans might agree that Nelle was perfectly within her rights to sue General Hospital and to name at least Bobbi as a defendant within that suit.

Now, the truth is that neither Monica nor Bobbi are likely to lose their jobs or their licenses. Even if Nelle wins her malpractice suit, most hospitals have a committee that has likely monitored both Monica’s as well as Bobbi’s previous records.

The impact of Nelle’s lawsuit on Monica’s malpractice insurance premium is a different story altogether.