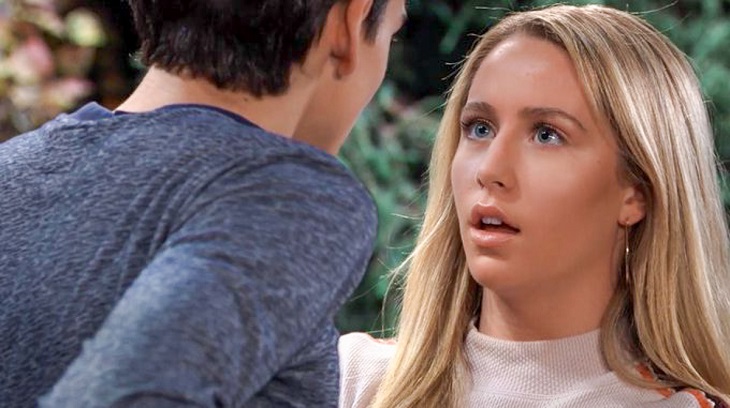 General Hospital (GH) spoilers tease that although he’s been missing from the Corinthos house lately, Dev Corbin (Ashton Arbab) will soon show up again. The young man has been living with the Corinthos family since he traveled from Turkey to ask for Sonny Corinthos’ (Maurice Bernard) help and protection. Sonny owed Dev for helping his rescue his son Dante Falconeri (Dominic Zamprogna) so helped Dante stay in the country by creating papers that showed that Dev was a cousin of Sonny’s.

Dev has tried to keep a low profile while staying with the Corinthos family. Although there were complications when Brando Corbin (Johnny Waycor) showed up, everything seems to have settled down for now. Dev is a teenager, and up until now, Dev hasn’t wanted to rock the boat. That’s most likely why when both Trina Robinson (Sydney Mikayla) and Josslyn Jacks (Eden McCoy) showed romantic interest in Dev, he turned them both down. But Dev does seem to actually have feeling for Josslyn as well.

ABC General Hospital Spoilers – Josslyn may be ready to move on

Josslyn has spent the last year mourning the death of Oscar Nero Quartermaine (Garren Stitt), her first boyfriend who died of a brain tumor. But after a year, Josslyn might be ready to finally move on. She has shown signs of having a crush on her English teacher, Dustin Phillips (Mark Lawson), but hopefully nothing will ever come of that. Perhaps it’s time for Dev and Josslyn to admit they have romantic feelings for each other.

Of course, any kind of relationship between Dev and Joss will be full of complications. Joss’ feeling for Oscar not withstanding, there is also the matter of them living under the same roof. Sonny and Carly Corinthos (Laura Wright) most likely won’t let anything happen between them as long as they are in so close proximity to each other. Then there is the matter of Dev’s past. The criminals in Turkey could always find Dev, and that could place Joss in danger. It’s easy to see why Dev might be hesitant to get involved with Josslyn, but the heart wants what the heart wants.

General Hospital Spoilers – Next 2 Weeks – What do you think?

Would Josslyn and Dev make a cute couple? Or are there too many complications for it to work? Is Joss even over Oscar? Anything can happen in Port Charles, so stay tuned to General Hospital airing weekdays on ABC. And don’t forget to check back here regularly for all your General Hospital news, information and spoilers!