Prince Louis Is An Outgoing And Precocious Child, According To This Source 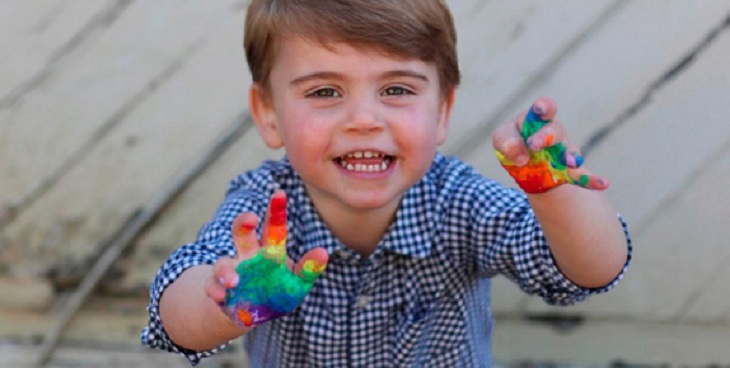 Prince George and Princess Charlotte have gotten most of the attention. But now that Prince Louis has turned two, all eyes are on him. While royal fans have gotten a glimpse at the little one at the Trooping of Colour and in family photos, the Cambridges’ birthday photos with their youngest son prove he’s becoming his own person.

Prince Charlotte seems to be more mischievous than her older brother, Prince George. It also appears that Prince Louis has his own personality. At just two years old, the little prince loves being around his older siblings. Now that his entire family is quarantining together, the toddler is enjoying it a lot.

“Louis loves his older brother and sister and always tries to follow them,” royal expert Katie Nicholl told OK! Magazine. “He talks a lot now and is holding on. He has quite an outgoing personality from what I was told. He is certainly not shy.”

Prince Louis is enjoying this time with his family. Amid the quarantine and social distancing, the Cambridge family is staying at Amner Hall in Norfolk, England. Kate and William have been trying to balance homeschooling their children and performing their royal duties via Zoom. The couple has also been connecting with family and friends via video chat.

Sarah Ferguson and family Sent A birthday Cake to Captain Tom For His 100th Birthday https://t.co/c4Jylc2KLk

Prince Louis is the one who is adjusting to this new schedule, not his famous parents. For example, the red button on the video calls has become too alluring for him to press.

“For some reason, he sees the red button and he always wants to press the red button,” William told the BBC. Kate added, “It’s so true. And I think your father and my parents and our families… have really loved keeping in touch with the children because it’s really hard. It gets a bit hectic, I am not going to lie, with a 2-year-old.”

He also celebrated his second birthday in quarantine. While the Duchess of Cambridge cancelled Prince Louis’ birthday celebration due the coronavirus pandemic, the party went on behind closed doors. The couple posted photos of Prince Louis fingerprinting and with paint all over his face.