Days Of Our Lives Spoilers: Zoey Sets Up Rafe – Will He End Up Leaving Salem? 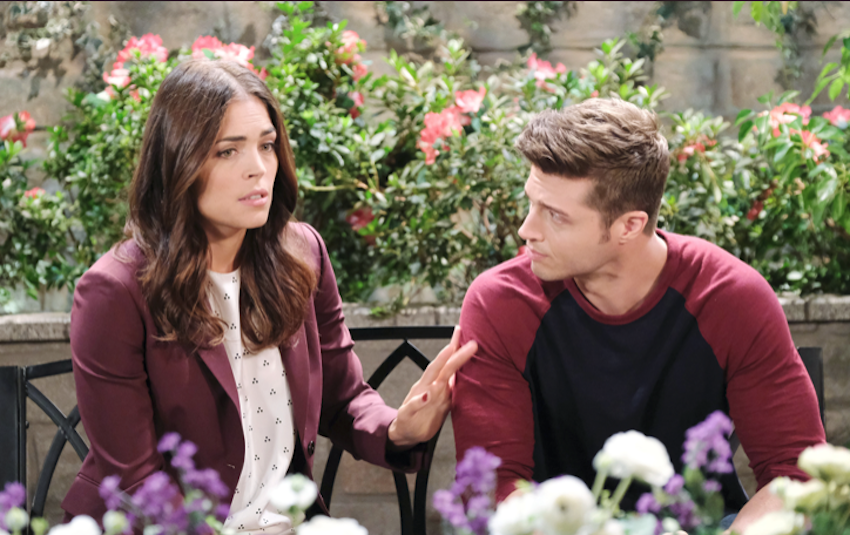 Days of Our Lives Spoilers: Galen Gering’s Time Is Running Out

Days of Our Lives Galen Gering, who plays Rafe Hernandez, will be exiting the show very soon. Rafe will join forces with Zoey to supposedly look for David. Zoey claims to not want anything to do with her father’s crimes but she also wants her brother to have his son. Could the courts be considering giving Rafe custody of David? This would certainly give Zoey cause to try to get rid of Rafe. Perhaps Orpheus promised not to hurt Rafe and Zoey agreed to lure him there.

What Is Orpheus’ Plan?

Days of Our Lives Orpheus is evil. Orpheus may promise not to hurt Rafe but that doesn’t mean he will stick to that promise. After all, Orpheus has kidnapped and terrorized Marlena Evans (Deidre Hall) and Kayla Brady (Mary Beth Evans). Orpheus has been after John Black (Drake Hogestyn) for years because of his wife’s death. Orpheus also kidnaps John which gives him a chance to terrorize Marlena yet again. Orpheus could easily kill Rafe and would think nothing of it. Is that his plan?

Days of Our Lives Zoey could lead Rafe on a wild chase out of town as well. Perhaps the further he is away from David, the better. Zoey could also believe she is helping Rafe by getting him away from Orpheus and David. Could Zoey be trying to help Rafe by getting him out of town? Does Zoey want to save Rafe from what she considers sudden death? Is Zoey truly trying to save David from her father?

Days of Our Lives Orpheus knows Zoey and how she would react to his kidnapping David. Orpheus could anticipate Zoey’s next move and set her and Rafe up. Zoey knows what Orpheus and Christian Maddox (Brock Kelly) teamed up to do and could use that to his advantage. Perhaps Orpheus has a secret plan and will take down Rafe and has managed to keep it from Zoey. Orpheus could have let Christian in on his plan. Orpheus should know that Christian won’t keep a secret from Zoey and know not to trust him.

Would Zoey be underhanded enough to help her father kill Rafe to keep custody of David? Does Evan’s confession to Zoey give her even more reason to work with her father? With Rafe’s exit quickly approaching, it is hard to say how he will be written out. However, Rafe has to leaves someone and Days just might make him leave with a bang.