The Bold and The Beautiful Spoilers: Bill Discovers Deep Problem – Learns Why He Loves Katie But Kissed Brooke 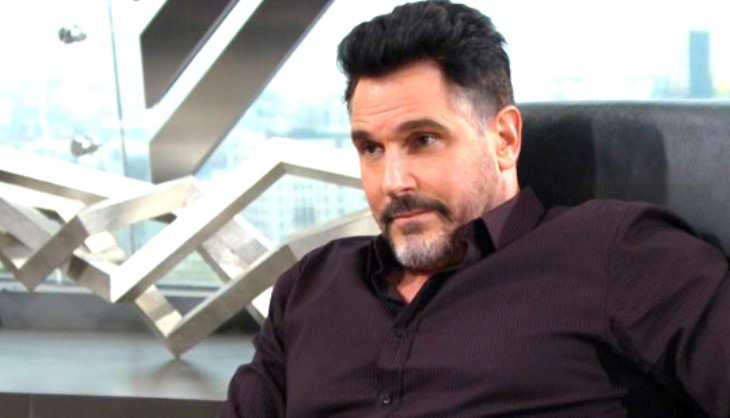 The Bold and the Beautiful spoilers indicate that soon enough fans will be learning exactly what it is that makes Dollar Bill Spencer (Don Diamont) tick, so to speak. However, in order to figure out why Bill is the way he is, the writers of the show might possibly be going down memory lane all the way to his childhood. Here’s what you need to know.

The Bold and the Beautiful Spoilers: Darin Brooks Excited For Reunion With ‘Blue Mountain State Boys’ – What We Know About The Reunion

In recent weeks, Bill has made it pretty clear that he wants to be a dedicated family man. Even though he failed to be there for his sons Wyatt and Liam, he doesn’t want to make the same mistake with Will. That’s why he’s trying to spend as much time as possible with the young boy while entertaining him as much as he can. When Soap Opera Digest asked actor Don Diamont how to explain

Bill’s fascination with magic tricks, the actor replied with, “Well, I think that’s motivated by wanting to entertain Will. That’s how it first started. I don’t know that Bill had the best childhood ever, so when you see something like the magic tricks, maybe that’s the sort of fun he didn’t really have as a kid.”

What’s more, Don says that he would like to see the writers get more into Bill’s past. When asked what would bring Bill inside a therapist’s office, the actor said, “I would probably say it would be his relationship with his mother. I think being raised fatherless led to a certain amount of rebellion and disillusionment with his mother.”

Needless to say, it’s without a doubt that The Bold and the Beautiful viewers will be learning much more about Bill and his childhood family as he desperately tries to hold on to the family that he has right now.

The Bold And The Beautiful Spoilers: Top 3 B&B Conflicts That Must Be Resolved #bb #Boldandbeautiful https://t.co/Vai3KJKRlT

In other words, his issues will be coming out and in some ways, fans will be learning the reasons why Bill does some of the things he does. Of course, The Bold and the Beautiful viewers will have to continue tuning in each and every day to find out what happens next. Check your local listings for times.

In the meantime, don’t forget to come back right here for all the latest news, updates and spoilers on The Bold and the Beautiful, The Young and the Restless, General Hospital and Days of Our Lives.