EastEnders Spoilers: Adam Woodyatt Responds To Fans Shaming Him For His Appearance 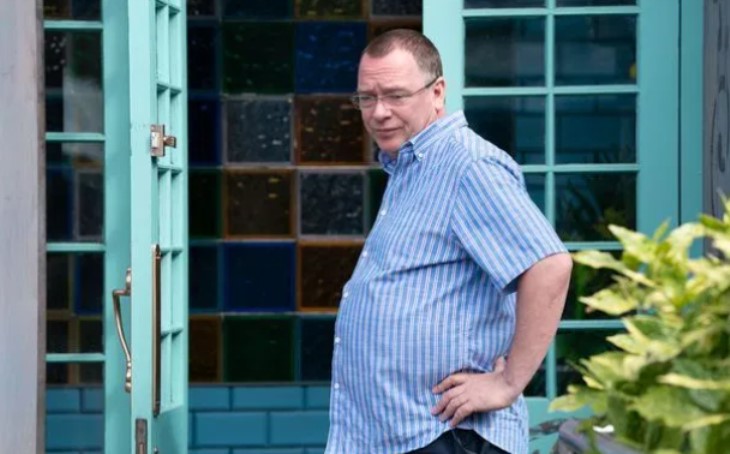 EastEnders star, Adam Woodyatt who plays Ian Beale has recently given the way that he deals with “rude” fans/ viewers. Adam, who has starred in the BBC soap since 1985, has revealed a moment that upset him which included him meeting someone at BBC Good Food. He told the How Do You Podcast that he was approached by a woman who judged him for his weight saying “You’re fatter than you are on the telly.”

He went on to say in response to her, “If I had said that to you, you could go to the papers and say I was being rude, this and that. I’m sorry, I don’t like the way you spoke to me.” He told the podcast that the woman responded, “I didn’t mean it” and then she left.

It seemed like a one-off, just one fan who might not have thought before they spoke or just thought out loud. However, this was not the only time that he received a comment like that. He said that he was approached by another fan who actually patted his stomach, saying to him, “You’ve put on some timber.” That experience made Adam see red, and he shot back the bald guy saying, “You’ve lost all your hair, haven’t you?”

It would make sense for him to be upset as if he was not an actor on a popular soap, people would never just come up to him and say something like that. However, he will not stop defending himself against those who talk about his weight. He continued by saying that another fan came up to him at a diner and asked for a picture when he was eating at a diner.

He responded by saying that he would after he finished his meal. He said that at that point turned into the fan saying, “You’re just like your character, you’re rude.” Which lead him to say, “Actually no, you’re the one who is being rude. You’ve come up and interrupted somebody while they’re in the middle of doing something.”