General Hospital Spoilers For May 4 – Friday, May 8: Fallout From Neil And Alexis’ Mistakes Continue – Nikolas And Ava Fight As Elizabeth And Franco Lend Shoulders To Cry On 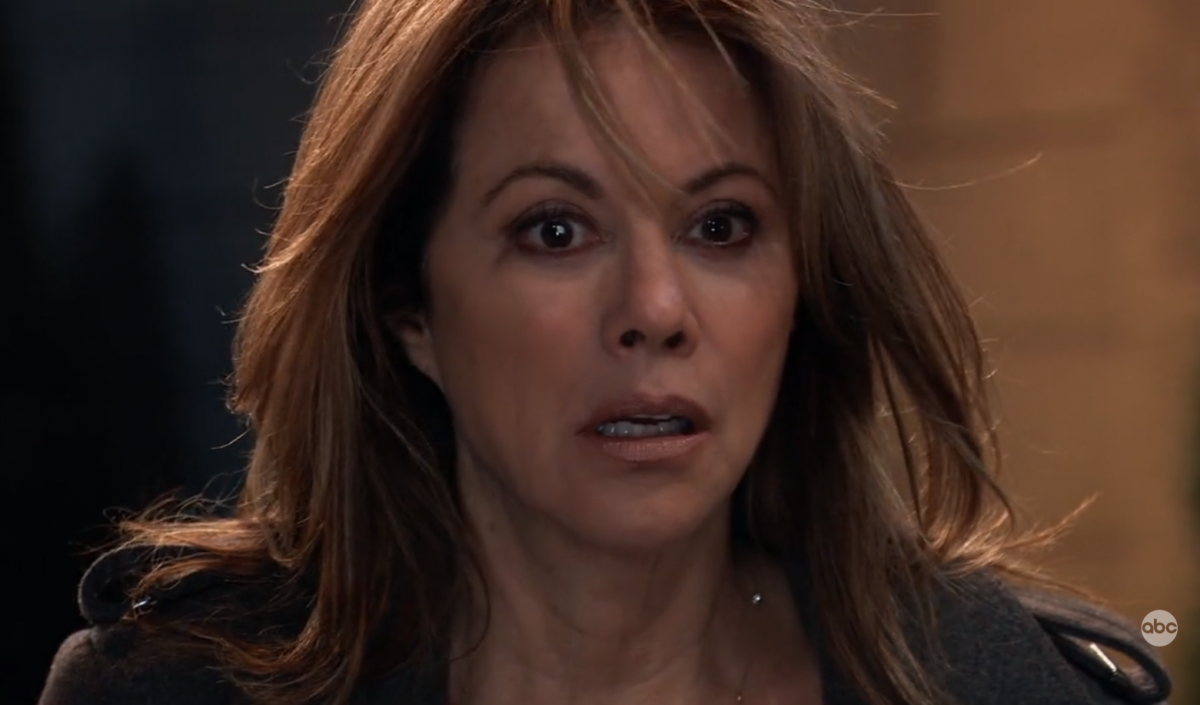 General Hospital spoilers tease that there will be five key takeaways for fans to look for in this week’s GH, from Monday, May 4 through Friday, May 8!

The fallout from Neil Byrne’s (Joe Flanigan) and Alexis Davis’ (Nancy Lee Grahn) mistakes in New York City continue, as Neil angrily confronts Julian Jerome (William DeVry) at Charlie’s Pub, attacking him in his place of business and calling him a bastard in front of his customers! Julian likely won’t appreciate that much, and grows very angry with Neil. Alexis will come clean about lying at the medical board for Neil, to help him keep his medical license, but thanks to Julian’s very public confrontation of Neil at General Hospital, the medical board was notified and Neil lost his license, and the medical board contacted the New York Bar Association, and now Alexis is in danger of being disbarred! Later in the week, Julian will be calmed down again and will help a friend – possibly Alexis.

EastEnders Spoilers: Jeans Behavior Becomes A Cause For Concern As She Acts Out Targeting Villain Suki

Nikolas Cassadine (Marcus Coloma) and Ava Jerome Cassadine (Maura West) will fight bitterly over a situation that arises where Nikolas is forced to choose between Spencer Cassadine (Nicolas J. Bechtel) and Ava, since Spencer’s letter contains an ultimatum and forces Nikolas to choose between him and Ava. Ava has a portrait unveiling party for the portrait she commissioned Franco Baldwin (Roger Howarth) to paint of her, which is to take the place of the one of Helena Cassadine (Constance Towers) that once hung in Wyndemere Castle. Nikolas will weigh his dilemmas about his fortunes and decide he wants both his son and his fortune, and Franco will comfort Ava when she finds out that Nikolas would choose Spencer over her! Elizabeth, meanwhile, will be protective over Franco!

Michael Corinthos (Chad Duell) and Nelle Benson’s (Chloe Lanier) family court date approaches as each tries to assure they are awarded sole custody of their son, Wiley Corinthos (Erik and Theodore Olson). Attorney Martin Gray (Michael E. Knight) will meet with Nelle to discuss court strategy, while Nina Reeves (Cynthia Watros) and Carly Corinthos (Laura Wright) will argue over Nina’s friendship with Nelle, and Nelle will ask Nina for a favor regarding family court. Nelle will have a proposition for someone. Meanwhile, Michael and Willow Tait (Katelyn MacMullen) will put their wounded feelings aside for Wiley’s sake, and Michael will make a life-changing decision.

General Hospital viewers will recall that Peter August (Wes Ramsey) thinks he’s safe, now that he had successfully framed Liesl Obrecht (Kathleen Gati) for his crimes; but he may be a little less confident after he runs into District Attorney and former WSB spy Robert Scorpio (Tristan Rogers) at the Floating Rib! Peter had set up a distraction for Robert around the same time as Violet Finn’s (Jophielle Love) birthday party, calling an old associate and having the associate call Robert and tell him that his ex-wife Holly Scorpio (Emma Samms) had died.

Robert obviously has found out otherwise, or he wouldn’t be at the Floating Rib, unless he is talking to his brother Mac Scorpio (John J. York) who owns the restaurant about the bad news. However, it seems strange that he would go there to talk to Mac, unless it’s after PCPD hours – Mac is Chief of Detectives and Robert is DA so they work more or less next door to each other. Meanwhile, Anna Devane (Finola Hughes) is reviewing the contents of a WSB file, which may contain information about Holly, and contradict what Robert had been told. Robert had gone to Anna first and told her, and needed a shoulder to cry on!

Flashback Friday: The Wedding Of Jordan And Curtis Ashford

This week’s Flashback Friday features the episode from November 27, 2018 when Jordan Ashford, then played by Vinessia Antoine, and Curtis Ashford (Donnell Turner) got married onboard the Haunted Star. Viewers will recall that while the couple did complete their vows, Dr. Griffin Munro (Matt Cohen) worried about Kiki Jerome, (Hayley Erin) who was supposed to meet him there and never showed up. Stella Henry (Vernee Watson) showed up and at that time she had not yet accepted Jordan, so there were concerns that she would object to the marriage, but she kept her mouth shut! The honeymoon, however would turn into a gruesome crime scene in the next day’s episode as they found a murdered Kiki in their wedding bed!

That’s all for this week’s five key takeaways from General Hospital; stay tuned to the show, and keep checking General Hospital spoilers frequently for all the latest news, updates, and developments!