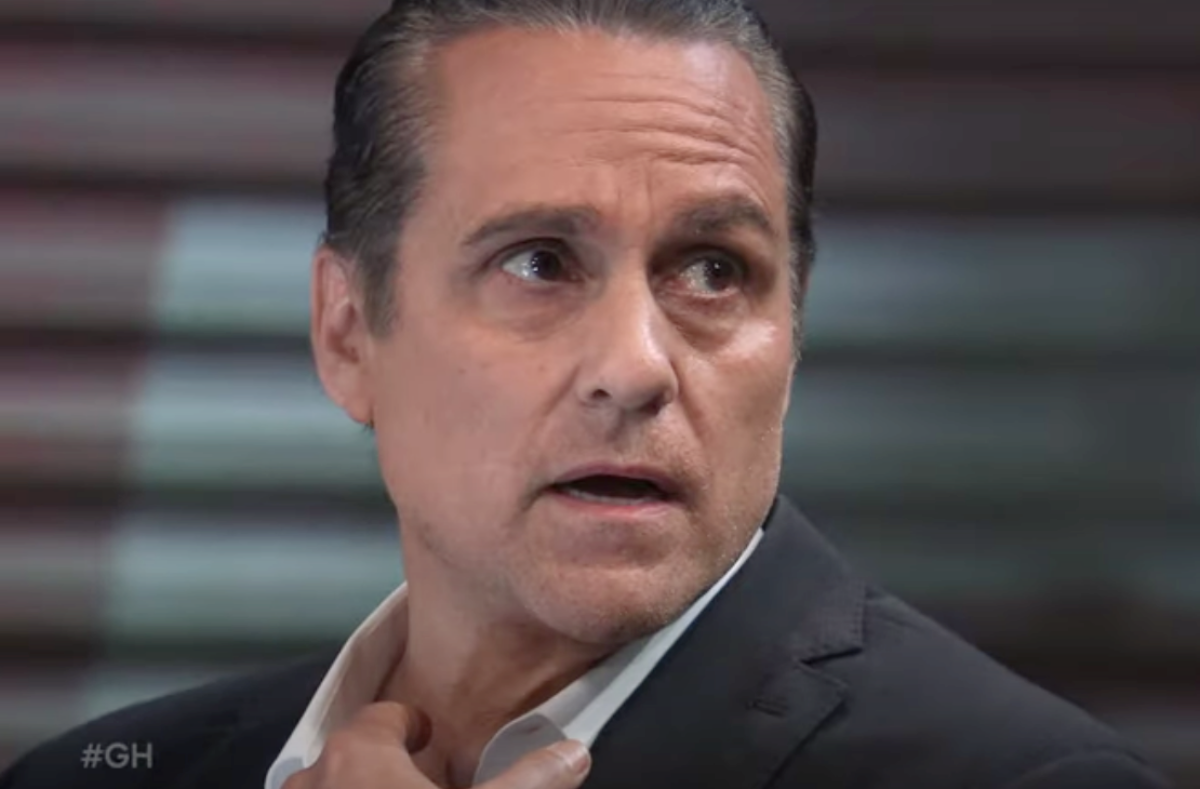 General Hospital (GH) spoilers suggest that Sonny Corinthos (Maurice Benard) might be thinking too clearly.GH fans know that recently Port Charles’s resident mafia boss made a deal with the criminal mastermind, Cyrus Renault (Jeff Kober). Supposedly, peace will now reign throughout the land … but what if Sonny miscalculated?

GH fans watched as Sonny recently set up a meeting with the evil Cyrus Renault. He knew he had to do something because Cyrus was now finally out of Pentonville Prison and was surely going to start making power moves in Sonny’s city. What with the stress of Sonny’s dad, Mike Corbin (Max Gail) being practically on his deathbed, and with worrying about what Cyrus might do, Sonny had to do something. Of course, viewers watched a strained Sonny sue for peace with Cyrus.

Now, Sonny did his best to come off as the top dog during his meeting with Cyrus. Viewers watched him puff out his chest and dictate the terms he would offer to Cyrus. Sure, Cyrus could stay in Port Charles, but his operation couldn’t go through Sonny’s territory amongst other things.

Cyrus agreed. Yay! All is well and Sonny believes he can let his hair down and dance through the daisies. Don’t believe it? Well, Sonny felt it was now safe enough to lift all the security arrangements he’d made surrounding his home and kids!

General Hospital Spoilers: Alexis In The Hot Seat – Decides To Come Clean and Take The Consequences

The truth is, many GH fans don’t believe that Sonny is thinking straight. His mind is way too preoccupied with his dad’s health. Otherwise, Sonny’s actions might have been a little more prudent. What makes Sonny (or anyone else) believe that Cyrus will keep his end of the agreement? Sure, if Cyrus breaks his side there might be repercussions. Of course, Sonny might strike back. There’s no question that Sonny would take swift revenge, right?

Well, not if Sonny’s family, his friends, and his organization are assassinated in one fell swoop. Hasn’t Sonny ever watched the montage in “The Godfather?” Sheesh! Well, maybe Sonny never saw that film. But, has Sonny never seen an episode of “The Sopranos?” Heck, Sonny hasn’t seen any mob movies or television series ever? What is this?

Sonny sets his kids loose after Cyrus has kidnapped their friends and has made two separate assassination attempts in the past? Seriously? Does Sonny have some kind of assurance that Cyrus will be honorable and keep their agreement that GH fans don’t know about?

Maybe Sonny ought to be joining Mike in an adjoining room at Turning Woods.

For the sake of argument, assume that Sonny has some kind of inside information that hasn’t been revealed concerning Cyrus’s plans and behavior. Fine. If fans want to be charitable and chalk up what could be a very bad miscalculation on Sonny’s part to his worries vis-à-vis Mike, that too is fine.

However, if that’s the case then Sonny’s family ought to notice. Carly Corinthos (Laura Wright) ought to have voiced concern. Sonny’s right hand, Jason Morgan (Steve Burton) should have opened his mouth and said something.

Now, it’s just too easy for Cyrus to take the first shot. With Cyrus out of jail, it just might be a fair bet that if he does, he won’t miss.