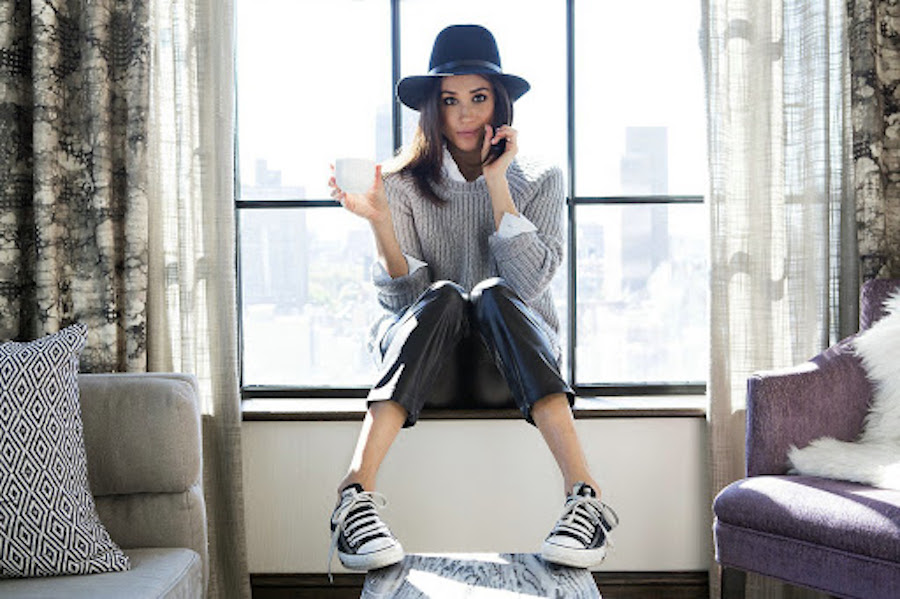 Just what the world needs is another celeb blog preaching how to live long and prosper and that’s what we’ll no doubt get if speculation is true that Meghan Markle is set to revive her shuttered blog, The Tig.

Do you think Gwyneth Paltrow is shaking in her boots?

According to royal watcher Myka Meier, Meghan could be working hard to bring back her blog, which makes sense if her acting career doesn’t pan out.

Meghan shuttered her blog in 2017 a year after she began dating Harry, the man formerly known as Prince.

It is now rumored that Meghan, 38, plans to bring back the literary work, The Tig, allegedly in an attempt to compete with Gwyneth Paltrow, an actress who has actually won awards and acclaim for her work. Gwyneth currently curates her website, Goop.

The Tig is still live, with a special goodbye message from Meghan to her fans.

Royal watcher Myka Meier predicts Meghan will get back to blogging

Myka thinks that the former cable actress and now voiceover star will eventually get back to her blog which covered food, beauty, travel and fashion. Speaking to Royally Obsessed, she said, “I think Meghan is going to have another Instagram. I think she’s going to do a goop, like a new version of The Tig. I really think that’s coming.”

Myka added: “I’m pretty sure there’s a goopish thing coming soon, for a few different reasons. I have a friend with a little bit of insider knowledge and I think she’s already working on something.”

Myka continued, “I think we will be seeing something very interesting and creative with masterminds from all over the world coming together to bring something inspiring soon.”
Masterminds, huh? I for one can’t wait.

What has Meghan done lately?

Meghan could use a little success in her life right now, which may be why she is reportedly considering joining the ranks of those who publicly voice their opinions in a society which enjoys a free press. On Friday her lawsuit against a major media publication was ripped up a bit by the presiding judge who unceremoniously throw out parts he deemed irrelevant.

Other than that, her voiceover as an elephant in a Disney production has come and gone, a role Harry had to procure by coercing then-Disney head Bob Iger into hiring his wife.