The Bold And The Beautiful Spoilers: Darin Brooks Shares What It’s Like To Raise A Daughter 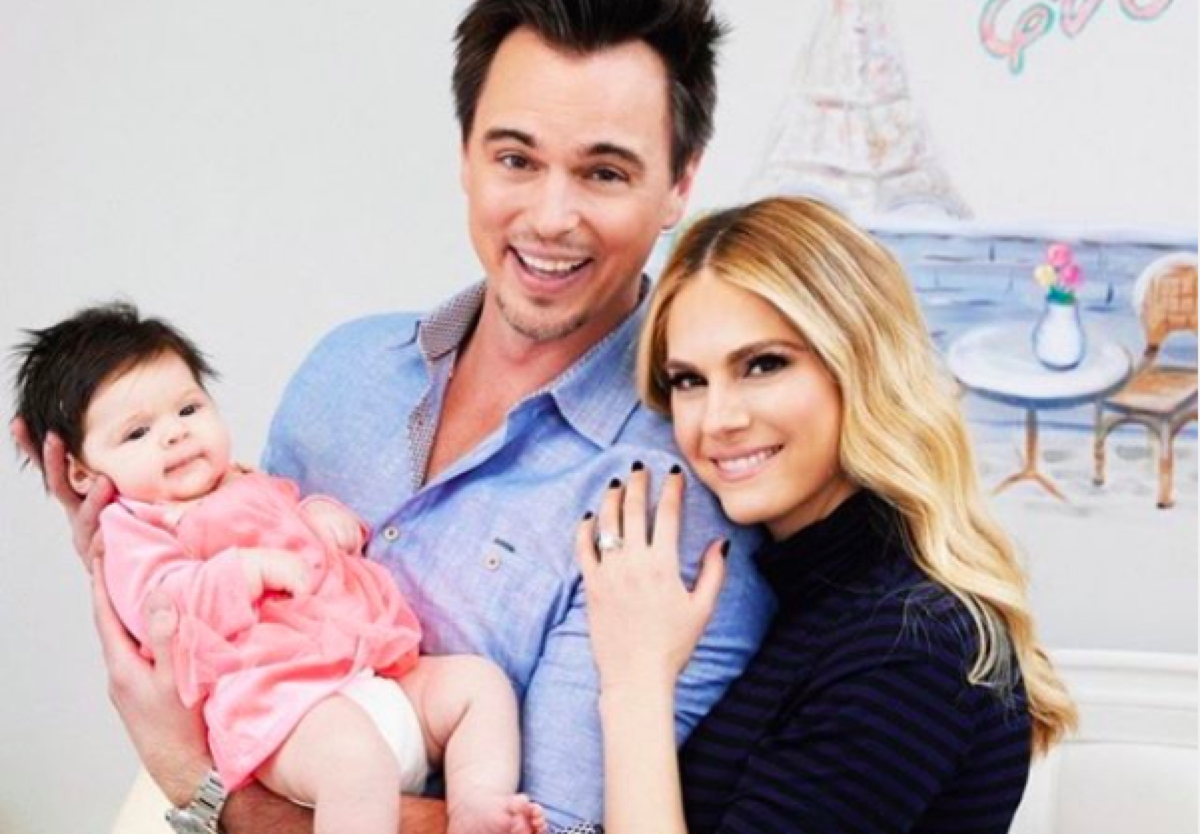 Darin Brooks, also known as Wyatt Spencer on “The Bold and the Beautiful,” welcomed his daughter, Everliegh Jolie, with wife Kelly Kruger, also known as Mackenzie Browning on “The Young and the Restless” near the end of September last year. A lot of things has changed since then and the actor has shared updates on what it’s like to raise a daughter.

Brooks is expecting things to be different. He shared that he grew up with a brother and that’s why he’ll have to get used to tapping into his feminine side once their baby comes. And it seems like that’s exactly what he’s doing now.

“I grew up with a brother, so it’s a different thing,” he said. “I’m excited to see what raising a daughter will be like. It will be a cool experience for me, because I love learning new things.”

The Bold and The Beautiful Spoilers: Bill Discovers Deep Problem – Learns Why He Loves Katie But Kissed Brooke

The actor also added that if there’s another person who’s extremely excited, it was his mom. He revealed that she’s always wanted to have another girl to join the family and she definitely got what she wished for.

“She was championing for a granddaughter the whole time, saying, ‘I need someone to spoil and give jewelry to, so get on that!’ When she found out we were having a girl, she was super excited,” Brooks said.

The couple also shared Everleigh Jolie’s cute nursery, which was Kruger’s former office space. Their precious little girl is staying at a beautiful nursery that’s adorned with framed photos and a special hand-painted mural that contains her name features a Parisian theme. The couple explained that Paris holds a special place in their hearts since that was their first trip together back in 2010. It’s also where Brooks proposed to Kruger.

Bold And The Beautiful Spoilers: B&B Insiders Confirm Tragic Death – Who Will Die, Is It Katie Spencer?https://t.co/I9yREuiFu9

Brooks also revealed that the mural was hand-painted by his mother for Everleigh.

“It was something really nice for her to do and it says ‘tutu’ in the bottom corner, which is ‘grandma’ in Hawaiian,” the actor explained.

The framed photos featured family snaps while the wooden hearts in a frame showed well wishes from their loved ones.

Back on “The Bold and the Beautiful,” Wyatt Spencer (Darin Brooks) has found himself in the middle of a complicated love triangle. Viewers know that Sally Spectra (Courtney Hope) pretended to be critically ill to get Wyatt back. Meanwhile, Flo Fulton (Katrina Bowden) has uncovered the truth and viewers need to stay tuned to find out when she plans to expose Sally’s deception.