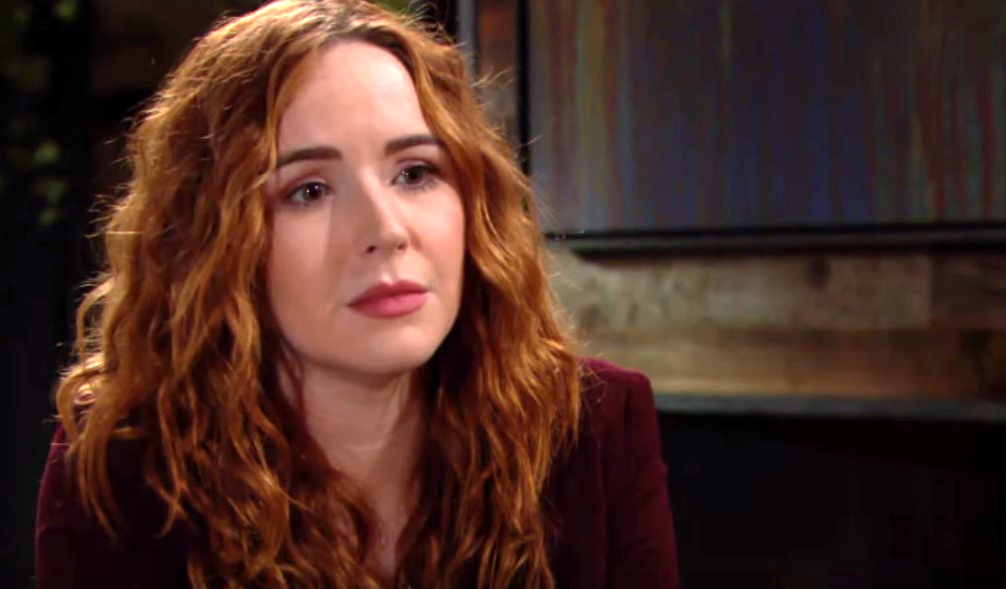 Y&R News: Power Communications And GC Buzz Are Things Of The Past, So There’s A Market

Viewers of The Young and The Restless will recall that Mariah once co-hosted GC Buzz, the Genoa City television program with Hilary Hamilton (Mishael Morgan) before she died, and then Devon Hamilton (Bryton James) turned over Power Communications, the company that Neil Winters (Kristoff St. John) owned previous to his death and inherited by Devon to Mariah. Now both GC Buzz and Power Communications are things of the past, and although Mariah still manages Tessa Porter (Cait Fairbanks) the fame she achieved with Tanner Watts (Chase Coleman) on tour may be dwindling down a bit, especially since Tessa has decided not to tour in order to support Mariah and her mother Sharon Newman (Sharon Case) as she struggles with breast cancer. Mariah would be a good fit if Chancellor Media starts a communications division – in fact, she’s got the perfect resumé to be part of a new communications division or even to head it up! They just started a social media division that Theo Vanderway (Tyler Johnson) had his eye on prior to the hiatus, and it makes perfect sense to start a communications division as well!

The Young and The Restless Spoilers: Sharon Struggles With Fear After Her Lumpectomy, Will The Cancer Return? https://t.co/XNtljlZ1sH pic.twitter.com/nVhLrDbVKh

The Young and the Restless Spoilers: Mariah Copeland Needs A Job, She Has Moved In With Her Mother

Mariah needs a job, it looks like she has moved in with her mother for more reasons than to look out for her and her younger sister Faith Newman (Alyvia Alyn Lind), as she was talking about struggling to pay her bills even before she and Tessa hit their rough patch. She can easily convince Lily Winters (Christel Khalil) that she is the perfect fit for heading up a communications division and show that there is a hole in the marketplace with the cancellation of GC Buzz and the dissolution of Neil’s company Power Communications. Neil was Lily’s father! Chancellor is a media company and media definitely would include television and radio, and possibly newspapers and magazines, which of course would need to be online and digital since print versions are rapidly becoming a thing of the past.

Lily has mentioned in her discussions with Billy Abbott (Jason Thompson) and Jill Abbott (Jess Walton) how Chancellor Media needs to be cutting-edge, that is why she started the social media division. People are on their smart phones, tablets, and laptops more than ever before, and even if television is being cast to devices and radio has all become satellite, there is plenty of room for programming like GC Buzz to go streaming, and then there is the gap that the dissolution of Power Communications has left. Mariah may be as much the answer to Chancellor Media’s prayers as they might be to her! Devon would be happy to try to convince Jill and Lily into considering starting a cutting-edge communications division and hiring Mariah to head it up!