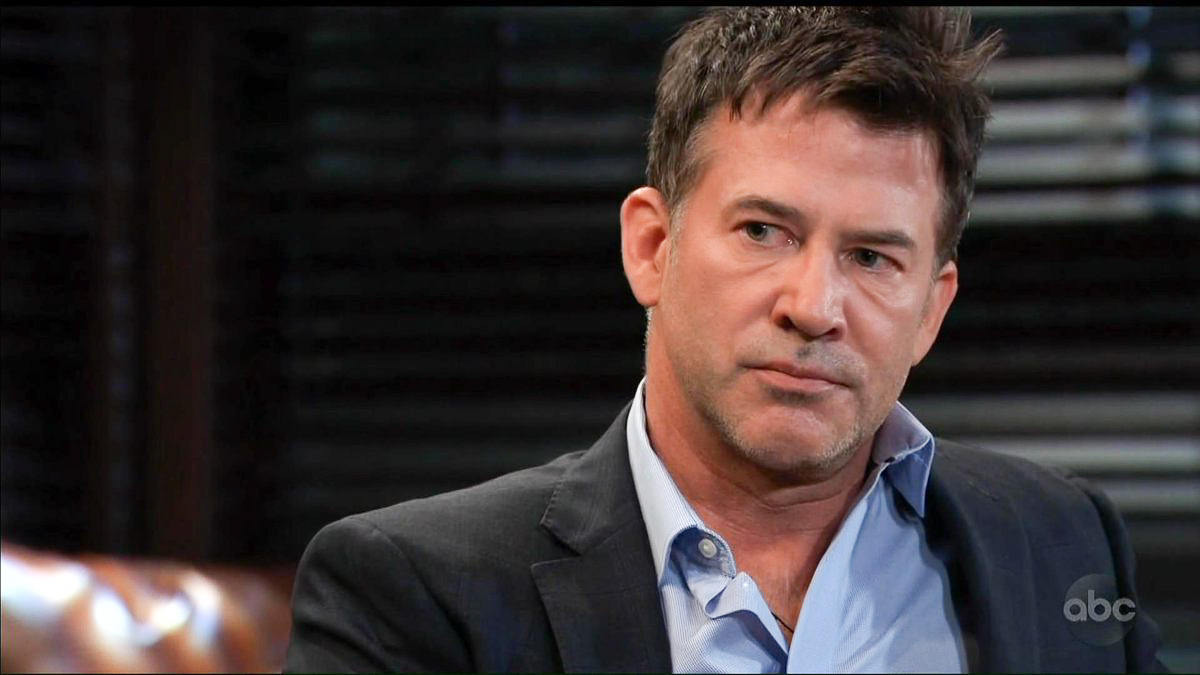 ABC General Hospital (GH) spoilers tease that Dr. Neil Byrne (Joe Flanigan) may be on his way out of Port Charles. The therapist lost his license when the New York Medical Board received word that he had violated an ethical code when he pursued a relationship with Alexis Davis (Nancy Lee Grahn), who was a former patient of his. The rules state that a therapist and a patient have to wait two years after the professional relationship ends before they can pursue any type of personal relationship.

Alexis and Neil ended her therapy sessions but went out on a date not long after. What’s worse, is that both Neil and Alexis lied to the Ethics Committee by telling them they didn’t have a personal relationship even though they had slept together the night before. They might have gotten away with it had Britt Westbourne (Kelly Thiebaud) not witnessed them making out outside Alexis hotel door. Neil was free to maintain his practice and joined the staff of General Hosptial.

Britt herself was involved with Alexis’ ex, Julian Jerome (William DeVry) and told him about seeing Alexis and Neil together. Julian was enraged and confronted Neil very publicly at General Hospital. News of this altercation reached the Ethics Committee and Neil lost his medical license and with that, his position at General Hospital. Neil was upset and told Alexis he was angry at the both of them, as well as Julian.

Even though he said numerous times that if he was able to see Alexis, it might very well be worth losing his license. But when it happened, he seemed to be singing a different tune. It seems as though after everything that happened, Neil may not be able to get past what happened and pursue anything with Alexis after all. And without his practice or Alexis, Neil very well may be on his way out of Port Charles. He has no other family in town, so there is really nothing keeping him there.

Does Neil still want to be with Alexis? Or was losing his medical license too much for them to work through? Is Neil on his way out of Port Charles for good? Only time will tell, so stay tuned to General Hospital airing weekdays on ABC. And don’t forget to check back here regularly for all your General Hospital news, information, and spoilers!