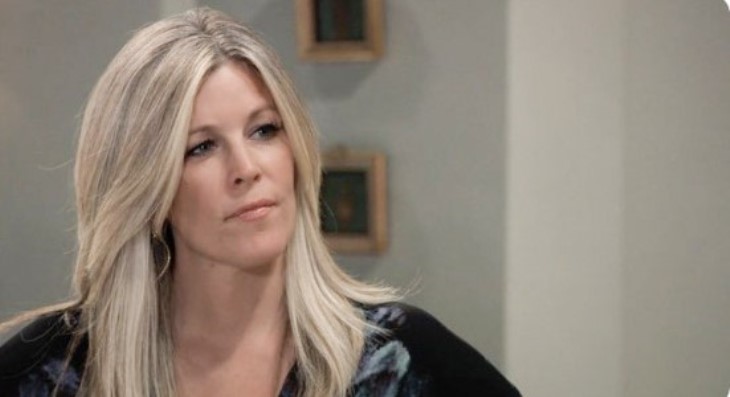 General Hospital Spoilers hint that Carly Corinthos (Laura Wright) may be a hindrance in the upcoming custody battle that will be taking place in the upcoming episodes of General Hospital. Carly does not have the best record, which could reflect badly on Michael Corinthos (Chad Duell) since it could make others doubt her credibility. However, could this be exactly what Nelle Benson (Chloe Lanier) will need in order to get the advantage in the custody battle?

As viewers know, Carly and Nelle have had a back and forth battle against each other from the moment that Nelle’s true intentions came to the light and her identity was revealed. So, it is no surprise that Nelle’s true fight is not really against Michael but instead against Carly.

It is no secret that she feels like she has been betrayed, but Carly, who she considers to be her sister even though Carly denies the idea of them being sisters. So when the custody battle begins, Nelle will want to do anything to win against Carly rather than Michael, which may be the reason why Carly will be questioned.

When Carly is called to the stand as a character witness, Nelle’s side will go after Carly’s credibility; this could include using her past to show that Carly cannot be trusted. If Carly is seen as not being trustworthy, then this could put Michael in a bad light.

This may not affect Michael too badly as he would still have other witnesses, but Nelle’s biggest focus may be to take away the chance of Carly being able to help her son in the only way that she can at the moment. This could result in Carly trying to find another way to help her son. This could be that Carly could go after Nelle by getting information on her, or she could find a good way to help Michael.

It is clear that this battle is not really between Michael and Nelle but instead between Nelle and Carly. What do you think? Could Carly’s credibility come into question during the custody battle? We’ll give you updates as GH news comes in. Stick with the ABC soap, and don’t forget to check HH often for the latest General Hospital spoilers, updates, and news.