The Young And The Restless Spoilers: Jordi Vilasuso Opens Up About His Families Scary Battle With COVID-19 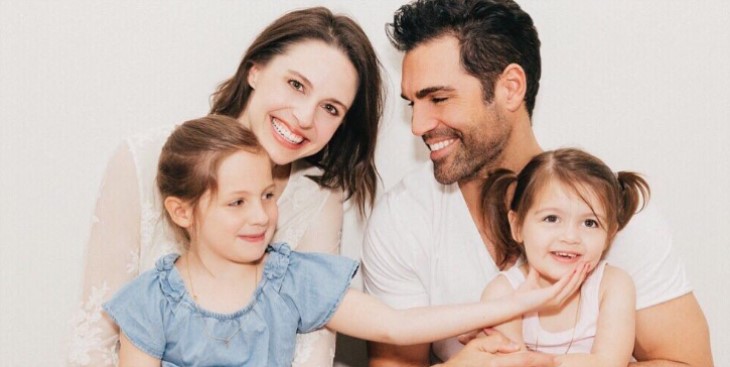 The Young and the Restless spoilers has some news to pass on about a popular Y&R star. Jordi Vilasuso, who portrays Rey Rosales on the CBS soap, revealed earlier this month that he and his entire family were diagnosed with COVID-19. The good news is that Jordi, his wife, and two young daughters are all recovered at this point and are doing well.

Jordi and his wife Kaitlin Vilasuso took to Instagram back on April 9th to share the news about having contracted the virus. Jordi and Kaitlin posted a video explaining their situation, and in their caption, they said: “We debated sharing this, but finally decided to in the hope of possibly being a source of information or comfort to someone who might be in a similar situation.”

Well, now that the ordeal is behind the Vilasuso family, Jordi is speaking out more about the experience. Jordi appeared on the new “Dishing With Digest” podcast put out by Soap Opera Digest, and he revealed his experiences, including how he came to contract the virus and what happened next.

The Young and the Restless Spoilers – COVID Symptoms

Jordi continued: “We reached out to our doctors, we had all the symptoms, he tested positive, we tested positive, and we started the process of going through what in turn turned out to be a 2-week process of just having these symptoms…One day you’ll feel fine, the next day you’ll feel down in the dumps…what was most telling that we had the virus…was the loss of taste and smell.”

Jordi went on: “But for me, to be perfectly honest I was down for a day and a half. The scary part was my wife, just go through the troubles of the breathing…When we found out the kids got it, that was really scary…the psychological aspect of it was the hardest aspect for me…but we got through it and then the process of putting it on social media was a journey.”

Jordi explained the couple’s decision to announce that they had COVID-19: “I wanted to put it out there so people would relate that we got over this. We were blessed to have mild symptoms, but we’re moving on…I saw a lot of people out there relating their stories and I did take some solace and some relatability though that. So I was hoping that I and my wife could do that for others as well.”

Y&R Spoilers – Jordi Vilasuso Speaks Out About Having The Virus

When asked about the response to him and his wife’s announcement about having the virus, Jordi said the following: “Really beautiful…the response has been so great from my friends and fans and with the show…a lot of people have told us their stories as well…so it’s been beautiful in that regard.”

The Young and the Restless Spoilers: Wednesday, May 13 – Sharon & Nikki’s Catfight In The Stables – Avery Comforts Phyllis Over Her Miscarriagehttps://t.co/JE3B0z3uOC

That’s great news, and we’re so glad that Jordi and his family made it through the experience as they did. It had to be a scary time, and we wish Jordi and his family continued health. Stay tuned to the Young and the Restless and remember to visit HH often for the latest Y&R spoilers and news.