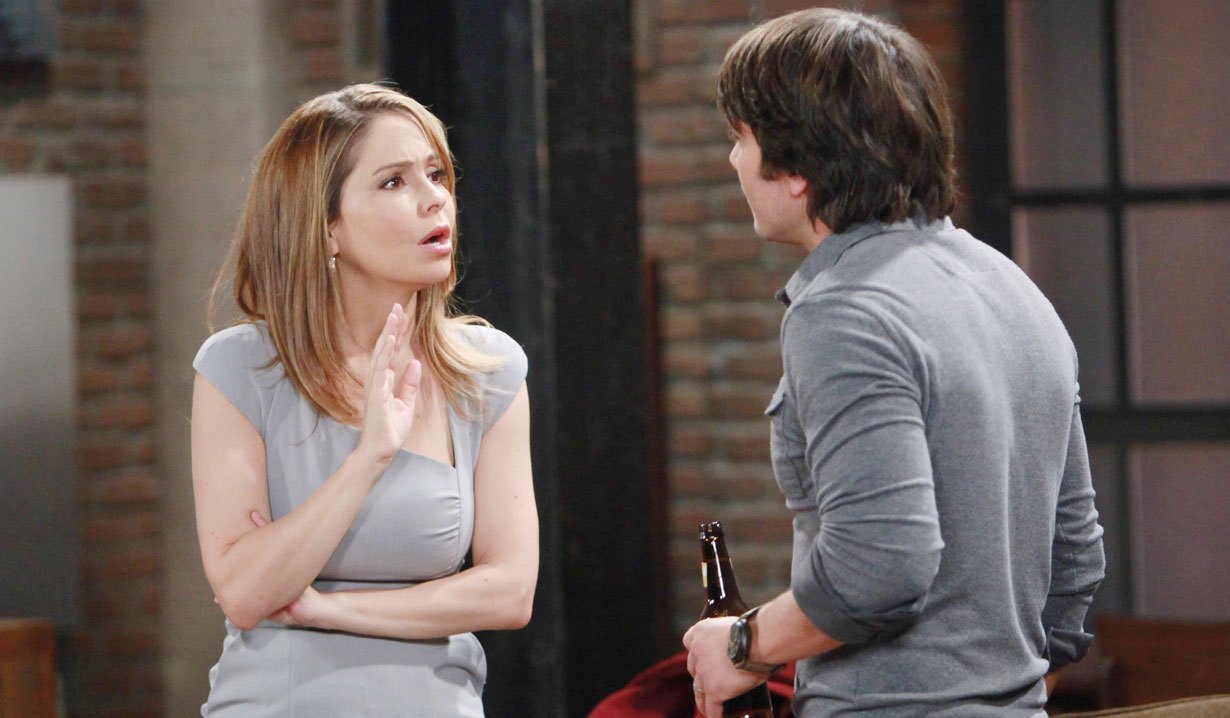 As viewers know, Dante had been brainwashed while working undercover for the WSB while in Turkey. Once he returned home to his wife Lulu Falconeri (Emme Rylan), he began having nightmares and violent blackouts. He once again left Port Charles to undercover deprogramming with the help of the WSB.

Not long after he left, he sent divorce papers to Lulu. Dante apparently didn’t think he would be getting better any time soon and didn’t want Lulu to wait for him. He also sent back all the letters that Olivia had written to him and told her not to keep writing. Olivia was understandably upset, and it didn’t help matters when Lulu started dating Dustin Phillips (Mark Lawson). Olivia felt that Lulu was betraying Dante, even though he was the one who filed for divorce.

Robert just learned that his ex, Holly Sutton (Emma Samms) had passed away. He is currently pre-occupied with that situation, but he will likely keep his promise to Olivia. It seems quite likely that after all this time, that Dante may be improving. But since he divorced Lulu, it would make sense if he didn’t contact her, at least right away, even if he has completed treatment. But he may not be so hesitant to contact Olivia.

Dante Falconeri may want to return

It seems that Dante may finally be ready to resume his life. But does that mean trying to get back with Lulu? If Dante has been in contact with Olivia, it a sure bet that she has told him all about Lulu and Dustin’s new relationship. Dante may not feel that he has anything left in Port Charles. But Olivia would remind him that his son, Rocco Falconeri is there, and so is she, as well as his father, Sonny Corinthos (Maurice Bernard). Can Olivia convince her son to come and to fight to get back everything that he had lost?

5 General Hospital Characters Who Would Bring Drama To Port Charles If They Returned #GH #Generalhospital https://t.co/W2QKxSCrXo

GH Updates – What do you think?

Is Dante ready to come home? Will Olivia be the one to convince him to reclaim his life, including Lulu? Will Lulu have to choose between Dustin and Dante? Only time will tell, so stay tuned to General Hospital airing weekdays on ABC. And don’t forget to check back here regularly for all your General Hospital news, information, and spoilers!