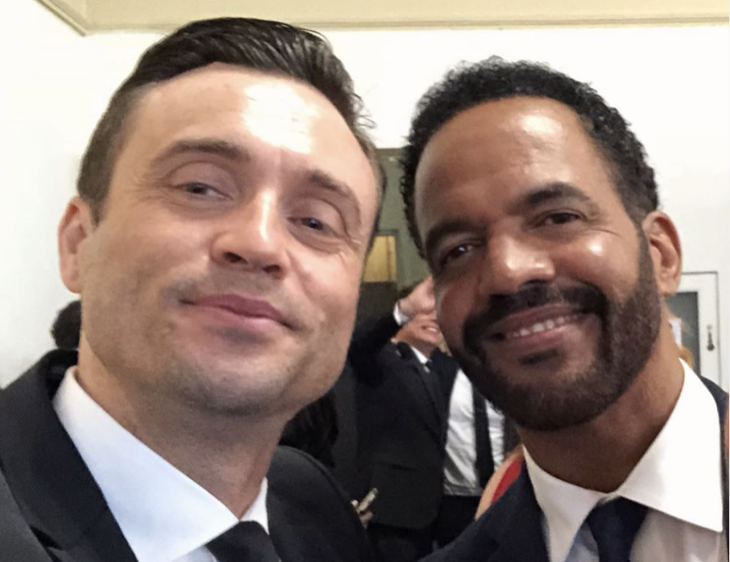 The Young and the Restless spoilers document that Daniel Goddard (Cane Ashby) honored his friend and colleague, the late Kristoff St. John (Neil Winters) by posting a 2019 Instagram photo from Perkins Cemetery, which is located in Westlake, Louisiana.

The Young And The Restless Spoilers: Jordi Vilasuso Opens Up About His Families Scary Battle With COVID-19

Goddard offered a heartfelt remembrance of his friend, who died of hypertrophic heart disease, aside of the photo. He was inspired to do see when seeing St. John’s appearances on repeat episodes that Y&R is showing this week due to the production shutdown.

The longtime Y&R actor said, “I can’t believe it’s been just over a year since we came together and laid Kristoff to rest. #YR is playing classic episodes at the moment, and I know that Stoff would have been honored to have been included in them! Are you watching the classic eps? Which is your favorite so far? #RIPkristoffStjohn #SayHisName.” 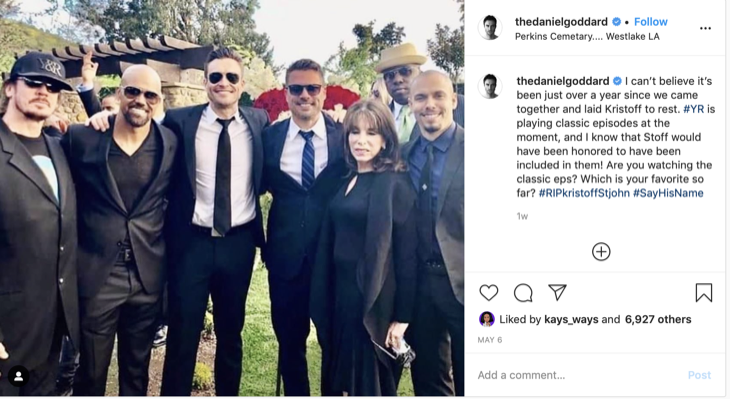 Moore is among the people who are shown in the photo Goddard posted. The actor has previously credited St. John in being instrumental in his Y&R hire, which was the first big break of acting his career.

Moore debuted on the soap in 1994 and quickly became a daytime sensation. He left the cast in 2005 to star in the long-running nighttime show, Criminal Minds (2005-2017), and currently stars in the nighttime reboot hit, SWAT, which premiered in 2017 and was just renewed for next season.

Briefly reprising his role on Y&R last year allowed Moore to pay tribute to St. John through Malcolm’s voice. All viewers knew that Moore and the other cast members who offered their thoughts at the Genoa City, Wisconsin, memorial were actually honoring their friend and the character he portrayed.

Moore also appeared with many current and former castmates in memorable behind-the-scenes episodes where everyone shared their experiences with and remembrances of St. John.

Young And The Restless Spoilers – Remaining Connected To The Fans

The actor’s large social media following, which numbers in the hundreds of thousands with all platforms combined, allows him to remain in touch with his audience. That’s particularly important considering the current state of the world.