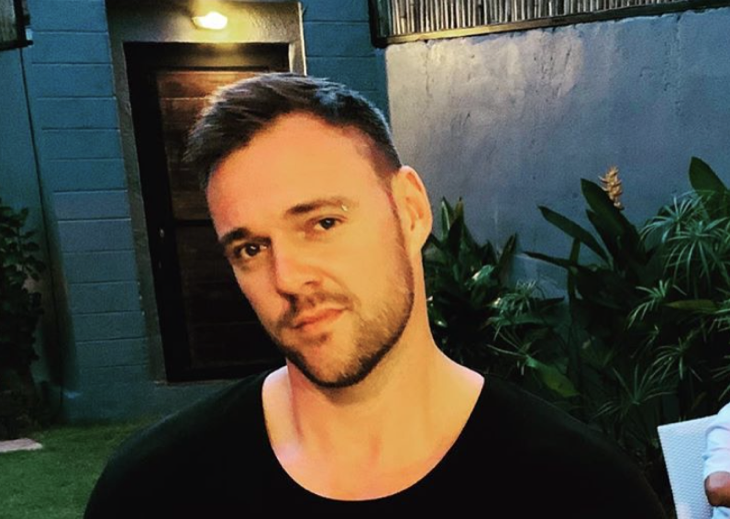 Lifetime Married at First Sight star Bronson Norrish and his ex-girlfriend have been feuding with each other for a while, and things have recently turned ugly. The 36-year-old has recently gone to court this month after Vanessa, age 31, took out an interim AVO after he talked about their relationship to a tabloid magazine. The order was supposed to prevent Branson from being in communication with Vanessa or even publishing images of her.

On the 8th of May, the Magistrates Court of Western Australia had thrown out the interim Avo that had been set up by Vanessa. Branson had appeared on Married at First Sight last year and has recently celebrated the news of the interim Avo being dropped. He went on to upload a picture where he was outside of the courthouse, smiling along with his new girlfriend named Hayley Wallis, as well as his lawyer.

The caption of the post read, “Winners are Grinners!!! Stick up for what you believe in as the truth will always come out.” Under the post that Bronson put up, Hayley commented, “Amazing- we can finally put this ugly chapter behind us! I love you, honey, and so so proud of you!” 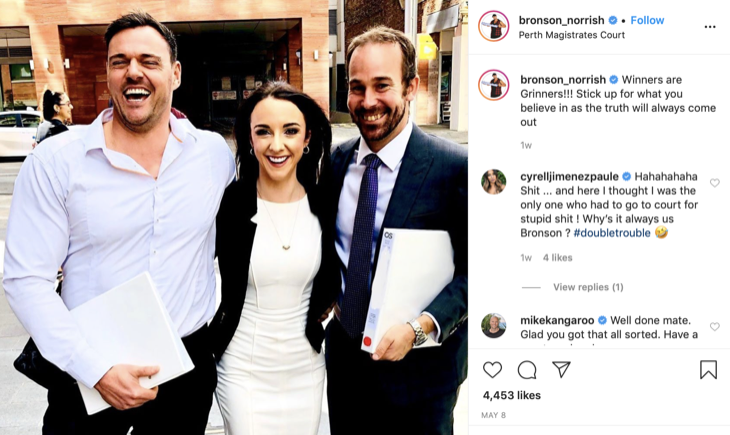 Bronson would go on to talk to The Daily Telegraph in order to discuss the restraining order and how it had been thrown out. According to Bronson, Vanessa clogged up the legal system by taking out the restraining order for him just speaking about her. He would go on to say, “‘I believe an AVO is something serious and should be used for women who are in serious trouble.”

Many of his former costars from the reality show liked the post that he put up this included a number of the stars like Nic Jovanovic, Mike Gunner, Cyrell Paule, and Dino Hira. Another one of Vanessa’s ex, Married at First Sight star, Chris Nicholls also took part in the discussion. He commented saying, “Mate you’ve honestly done well to stay quite till (sic) this point and now put the truth out there. Good on you buddy!!”

It seems that Bronson’s lawyers have gone on to take out a restraining order against Vanessa. Bronson had been with Vanessa for three years before they broke up, and he went on the reality tv show, Married at First Sight. Vanessa would later appear on another season of the show and would be married to Chris Nicholls. However, the two of them parted ways halfway through filming the show.