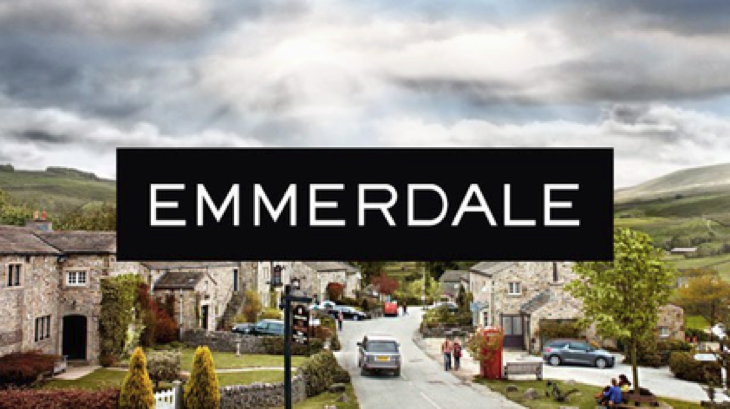 ITV Emmerdale updates and spoilers for the week of May 25 reveal Harriet Finch (Katherine Dow Blyton) gets a proposal. Andrea Tate (Anna Nightingale) realizes she’s being lied to by her husband. After an emotional realization, she vows to get revenge on the other woman. Then, it’s Moira Dingle’s (Natalie J. Robb) birthday, but she’s crushed by Cain Dingle’s (Jeff Hordley).

On Monday’s episode, Will Taylor (Dean Andrews) unexpectedly proposes to Harriet. Her jaw drops and she is left speechless. Then, he opens up and bares his soul to Harriet. She feels guilty and ends up accepting the proposal.

Leanna Cavanagh (Mimi Slinger) tries to make up with her father. Things haven’t been going well between the two. When Liam Cavanagh (Jonny McPherson) started seeing someone new, Leanne didn’t react very well. However, what does this mean for Leyla Harding (Roxy Shahidi)?

On Wednesday, Jamie Tate (Alexander Lincoln) will return from holiday with Andrea. Belle Dingle (Eden Taylor-Draper) is giving him the silent treatment due to his unkept promise to divorce Andrea. However, she is surprised when Jamie informs her that he’s hired a lawyer to start the proceedings.

Meanwhile, Digital Spy reports that it’s Moira’s birthday. She gets a card from the boys, but Cain ends up upsetting her.

Emmerdale spoilers for Friday reveal that Andrea sees Jamie’s laptop and discovers that the affair with Belle is still going on. Later, he tells Andrea that he’s staying the night at the conference. However, she knows that it is a cover story. She’s trying to play it cool, but her emotions start to take over.

Andrea confides in Leyla, who suggests kicking Jamie to the curb. However, the heartbroken character still loves him and doesn’t think she can walk away. Later, Andrea switches gears and makes a bold decision. She vows to get revenge on Belle and ropes Leyla into her scheme. However, will Andrea end up doing something she regrets? It’s possible that there could be consequences for her revenge plot.

REPLAY: Liam discovers Leanna is having a party and finds Jacob with her #Emmerdale pic.twitter.com/bfGEw9GS9y

Which one of these storylines are you looking forward to the most? Will Cain and Moira ever rekindle their relationship? Will Andrea end up getting revenge on Belle or will it backfire on her? What does the future hold for Liam and Leyla? Keep watching the soap opera to see what happens next.