The Bold and the Beautiful Spoilers: Karla Mosley Brings Awareness to A Condition She Is Suffering From 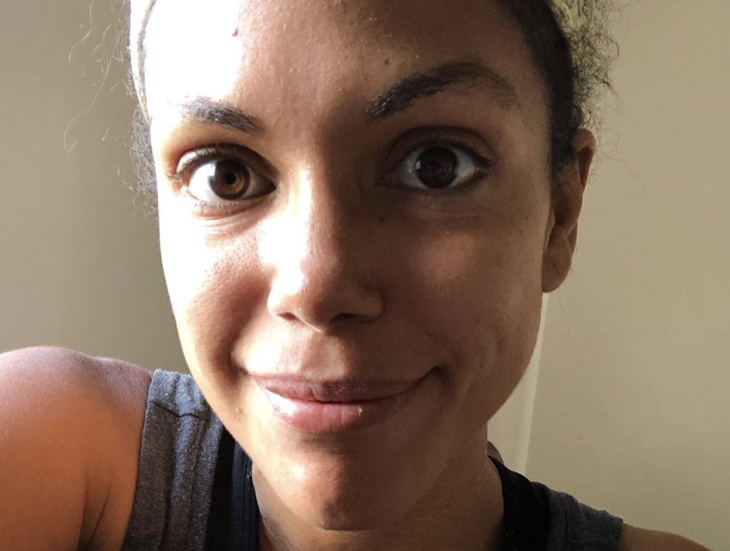 CBS The Bold and the Beautiful updates and spoilers reveal Karla Mosley has recently spoken out about a situation that she goes through in hopes of bringing relief as well as awareness for those who are going through the same issue. Mosley has been suffering from eczema and has recently posted a picture in response to this.

In her recent picture, it showed that her hands have improved greatly. The caption of the post read, “This is the least like an 80-year-old lizard that my hands have looked like in 3 months! I had terrible #eczema as a kid, which pretty much disappeared in adulthood and then left almost entirely when I went #GlutenFree.”

Bold and the Beautiful Spoilers- Karla Mosley on Eczema

She went on to say, “BUT all this hand washing and hand sanitizer brought it back to my hands with a vengeance!!! “(Holla if you hear me! Not fun.) So, the past few weeks I’ve been on a heal thy hands mission. I had to step back from as much water and sanitizer as I could – I mostly do gloves and then soap and water now. And I use calendula cream on my hands. That seems to be doing the trick. Just thought I’d share in case anyone else was going through a similar thing!”

The Bold And The Beautiful Spoilers: Darin Brooks Talks Wyatt’s Many Loves as Theme Weeks Continue

It seems that her fans could relate with what the actress was going through as @twist_treats responded to the tweet by saying, “I hears ya on that one, @karlamose not fun. Stress too will bring about a flareup. Try and keep off the handsanitizer and just stick to soap and water while you’re home. Its really harsh on your skin and strips it of its natural bacteria. I use Eucerin creame (not the lotion) for my hands after I’ve washed them. Keeps them soft and hydrated. It really helps.” In which Karla responded, “Yes! Thanks for the stress reminder.” 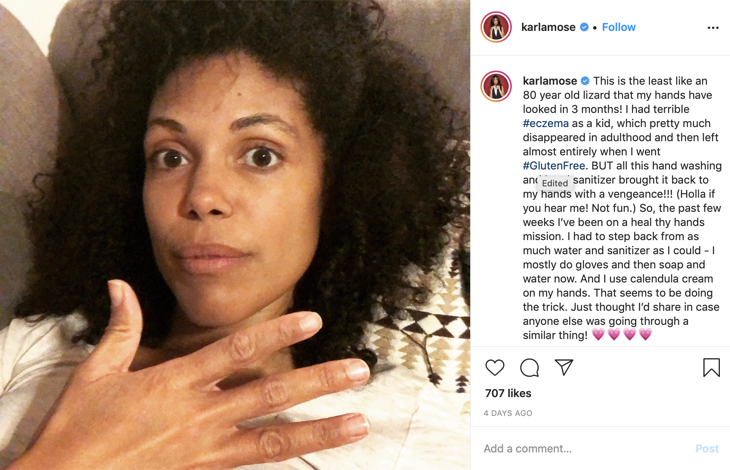 As viewers may remember, Karla Mosley played Maya on the daytime soap, Bold and the Beautiful. Her storyline was important and raised awareness of a social issue. As viewers learned that her character was transgender, which would be something Maya would be slow to inform others of this fact as it would result in her being treated differently.

It would also discuss the issues that trans people go through when it comes to not being accepted by their families. We’ll give you updates as other B&B news comes in. Stay tuned to the CBS soap, and don’t forget to check HH often for the latest Bold and the Beautiful spoilers, updates, and news.