The Bold and the Beautiful Spoilers: Courtney Hope Plays Sick – Talks Sally’s Changed Appearance & What Could Happen Next 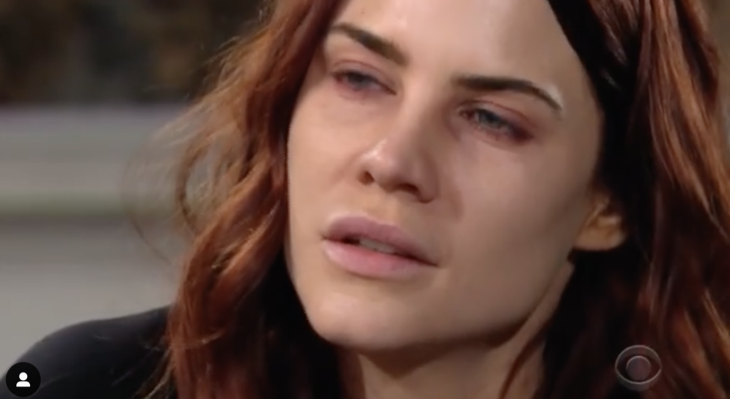 CBS The Bold and the Beautiful spoilers and updates reveal that until new episodes are filmed and ready for broadcast, we are seeing reruns. In the meantime, Courtney Hope talked about her character, Sally Spectra. The actress revealed the one aspect that she enjoys about playing sick.

B&B spoilers reveal that fans were upset when Sally was given a deadly diagnosis. Dr. Penny Escobar (Monica Ruiz) told her she had less than a month to live. Viewers didn’t want to see the actress leave the CBS soap.

Eventually, we learned that Sally and Penny had been friends for a long time. She was helping the designer with her plan to get back Wyatt Spencer (Darin Brooks). It was confirmed that Sally wasn’t dying at all. It was just a scheme to not just get her man back, but to finally beat Flo Fulton (Katrina Bowden).

In the latest issue of Soap Opera Digest, Hope talked about how the crew prepares her for the scenes. She went from wearing fashionable, curve-hugging dresses to dingy old sweats. The actress says she really enjoys this part of the story because she gets to dress comfy for a change!

Fans may or may not have noticed, but Sally’s hair is darker right now. For those with very fair skin, darker hair tends to make them look even paler.

Getting the Pale, Frail Look

The Bold and the Beautiful spoilers reveal that Sally puts very light powder on her skin to get that pale, frail look. As for what is really used on her face, the make-up crew puts red around the eyes, and the cosmetics are supposed to make her look so pale. However, Hope revealed that she finds the lighter shades are closer to her real skin tone.

The actress also talked about not having to spend so much time getting primped and ready for filming. She estimated that she spends about 15 minutes in the make-up chair and poof! She’s ready to play sick!

The Bold and the Beautiful Spoilers: What Could Happen Next?

The last new episode that aired left on a cliffhanger. Penny knocked Flo unconscious after she discovered Sally’s sickness was a scheme. Penny and Flo were dragging Flo’s body around Wyatt’s house and trying to figure out what to do. Then, Sally realized that Wyatt was on his way home. Suddenly, the door opened and Wyatt exclaimed, “What the hell?!”

It is unlikely that he sees Flo’s unconscious body. First, that is too obvious. Second, he would sound more horrified. In these scenes, he sounded more upset, but not in an “oh, my God, is my girlfriend dead or alive?” Plus, executive producer and head writer Bradley Bell said some time ago that his father gave him advice about storylines. That they need to last at least 8 months. So, if he still follows that formula, then Sally will get to play sick for a while longer.