Days of Our Lives Spoilers: Eric and Ciara Fret Over Brady, Cross Him By Warning Victor? 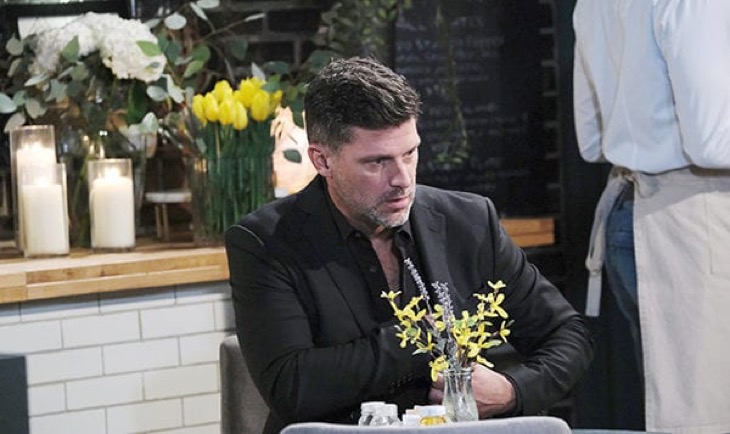 NBC Days of Our Lives spoilers and updates reveal that during the week of June 1, Brady Black (Eric Martsolf) will exhibit concerning behavior. John Black (Drake Hogestyn) isn’t the only one worried about him. Eric Brady (Greg Vaughan) and Ciara Brady (Victoria Konefal) will also have concerns. Will they end up exposing Brady’s revenge plot or try to stop him before it’s too late?

DOOL spoilers reveal that Brady has no intention of letting Victor get away with what he has done. Once again, countless lives are ruined due to Victor’s scheming. Brady is sick and tired of him getting away with it, especially when it comes to his life. He masterminds a plan to get back at Victor and it involves destroying Titan.

It has already been teased that John will suspect that Brady is up to something by accepting Victor’s offer. After all, there is no way that being CEO of Titan is going to make up for losing Kristen DiMera (Stacy Haiduk) and their baby girl. He will question Brady about his true motivations, but it is unlikely that he will get the truth.

Other Salemites Are Worried

Days of Our Lives spoilers reveal that there will be others who will share their concerns. One is Eric, who feels for his brother. Eric was hurt by the baby swap too, but he’s choosing to move forward in life. Of course, that’s a bit easier since he didn’t lose Nicole Walker (Arianne Zucker).

The other person who will share their worries about Brady is Ciara. She loves her grandfather and if she suspects something isn’t right, could she expose the payback scheme?

Days of Our Lives Spoilers: What Could Happen Next?

It is likely that everyone knows that Victor won’t react well to being played by Brady. So, everyone will probably come together and try to convince Brady to give up the plan. His agony is understandable, but this isn’t the right path to justice. But will he listen or take his chances taking down Titan?

What do you think is going to happen when John, Eric, and Ciara all have their suspicions about Brady? Will they try to convince him to give up on getting revenge, or will he end up suffering the consequences? We will have to keep watching the NBC soap opera to see how this storyline develops over the next few weeks.