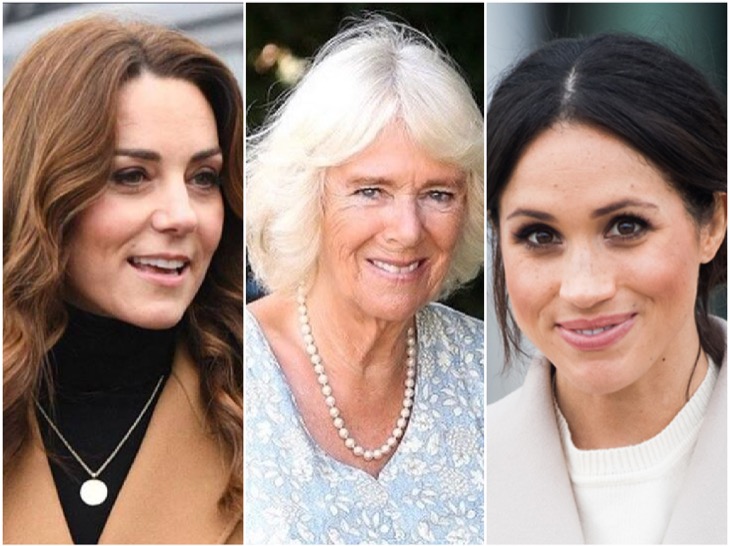 Royals are mostly thought of as staid and conventional, although there is a Prince Harry in every royal family I’m sure. Their lives revolve around upholding tradition so living outside the box isn’t something we associate with most of them.

So it might surprise you to know that many royals have gone in for ink and body art. There isn’t any huge tribal art spanning their bodies, and no angel wings adorning entire backs, as far as we know. But several have proudly shown off their designs, both permanent and temporary.

Tattoos have decorated royals since the 1800s

Tattoos have a long history on royal bodies, with one of the first royals being King Edward VII. In 1862 he had a Jerusalem Cross tattooed on his arm on a visit to the Holy Land.

What modern royals have been tempted by tattoos?

Camilla, the Duchess of Cornwall, is known to favor henna tattoos. When she and husband Prince Charles were in Zanzibar in 2011 on a four-day trip to Tanzania to highlight environmental issues, she went to a henna tattooist and had her own creation painted on her hand. Henna is a natural dye that only lasts around one to four weeks.

A name which is a little less surprising is Lady Amelia Windsor, the granddaughter of the Queen’s cousin, Prince Edward, Duke of Kent. She is a royal to watch and has more than one tatt. She has a rib-cage tattoo, ink on both of her wrists, and a tiger on her left-hand shoulder blade.

5 Reasons Why Prince William & Prince Harry’s Relationship Will Go Back To The Way It Was #PrinceWIlliam #PrinceHarryhttps://t.co/4IrDmMlunS

Kate, the Duchess of Sussex followed in Camilla’s footsteps

What kind of ink does Kate Middleton, the Duchess of Cambridge have? Kate is known to have a fondness for semi-permanent ink. In February 2018 she was seven-months pregnant with her third child Louis when she got a small henna tattoo. The occasion was the marking of the opening of a new artist’s studio in Sunderland.

Meghan Markle got inked, too

Meghan and Harry were in Morocco when Meghan received a henna tattoo. It was done by a teenager named Samira. The flower was put on Meghan’s right hand to celebrate her pregnancy, which is a Moroccan custom. Samira said at the time, “It is a traditional practice for pregnant women in Morocco. It is to bring luck for the baby.”

After the artwork was done, Meghan said, “That’s really lovely,” and showed it off to her husband Prince Harry.