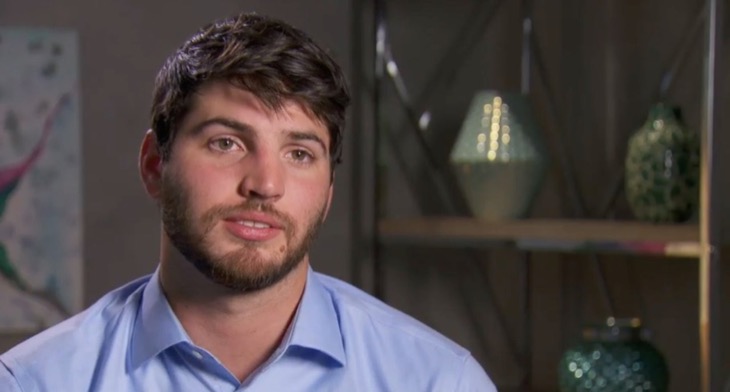 Married at First Sight Star, Derek Sherman recently shared that he is single at the moment and is trying to achieve his many dreams. He revealed this on Jamie Otis and Doug Hehner’s podcast Hot Marriage Cool Parents. In the podcast Jamie noted that many women may be interested in dating Derek, “I think a lot of women are excited that you’re single. You have to let us know, are you single and currently dating or looking for love?”

Derek went on to reply, “Well, the answer is I am still single. I am open to finding love right now.” However, he noted that he was not rushing to get into a relationship at the moment, especially since he is currently in the process of dealing with a divorce. “But if anything, after going through something this serious, I am okay with not finding it right now. I am okay with just taking my time for at least a year or so.”

Since he is single now, Derek has more time to focus on his dreams and as viewers know, Derek is full of dreams. Jamie asked about is progress in achieving his dreams. Derek went on to talk about how he on track with his career at the moment, “So, there are so many ways I could answer this question. I want to be home for my family as much as possible, so I want to get myself in that kind of position career-wise so I don’t need to worry about it too much. I want to spend time with my family; I don’t want to miss out on those moments.”

“So my career has been going very well and I’m working towards that as well,” Derek added, “but now moving on to a bunch of the bucket-list things, traveling has always been one.” However, he will be going on his own adventure once quarantine is over as he revealed that he will be going to New Zealand for a week.

He revealed that he has been teaching himself how to play the piano and that the process of him learning the piano kinda got off track when he decided to marry a stranger. Doug made a suggestion that he should sing backup for Derek’s Christmas song.

This caused some laughter from Jamie. However, it seems that Derek had some disappointing news as he says that his song may not be ready by Christmas. “I hate to say this, but for the world expecting a Christmas song, I do not believe it will be ready by this Christmas just because I am in the works of finding an exquisite saxophone player to do some layering for me.”

Married At First Sight Spoilers: Keith And Kristine Drop Off Hard To Find Items To…