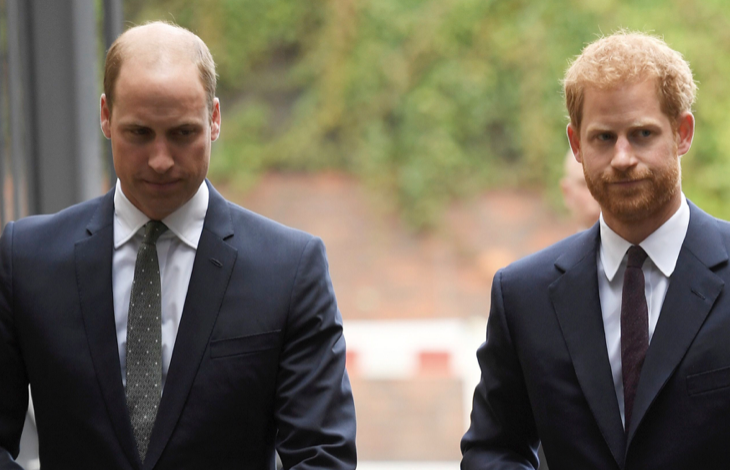 How many times have fans of Prince Harry heard such garbage? Riddle me this, rumor me that. The gossip surrounding the relationship of the Duke of Cambridge and his brother, the Duke of Sussex has been shameful at best. True Royal fans know that Prince William and Prince Harry grew up the best of friends and remained that way for much of their adult lives until … gasp … Harry decided to break with tradition and marry an American.

However, one has to ask if the controversy surrounding Prince Harry’s marriage to American actress, Meghan Markle wasn’t manufactured. In other words, where did that controversy originate? Surely not with Prince Harry. It’s quite likely that the controversy didn’t even begin with the British royal family itself. After all, the British monarchy is not known for its lily-white, scandal-free nature! Indeed, there are not many in The Firm who could cast shade at Harry’s choice of a life partner and keep a straight face.

No! Prince Harry simply had the audacity to hearken back to days of yore when King Edward VIII abdicated the throne so he could marry a divorced American woman. Even then, the comparisons don’t fully match since Harry wasn’t even in line for the throne!

The truth is, fans of Harry and Prince William have known all along that even if stories of a frosty break in their relationship were true, it wouldn’t be long before the two men reconciled. Prince Harry and Prince William share too much history, they have too much in common, to allow their respective choices in life partners to destroy their brotherly love for one another.

A recent documentary proved this very thing concerning Prince William and Prince Harry. In fact, after the documentary aired and Prince William understood the strain placed on Harry and Meghan’s shoulders, it’s reported that he was the very first person to get back in touch with Harry. Why?

The only reason media outlets have tried to emphasize a break between Harry and William is this … drama sells. And, that’s the end of the story.