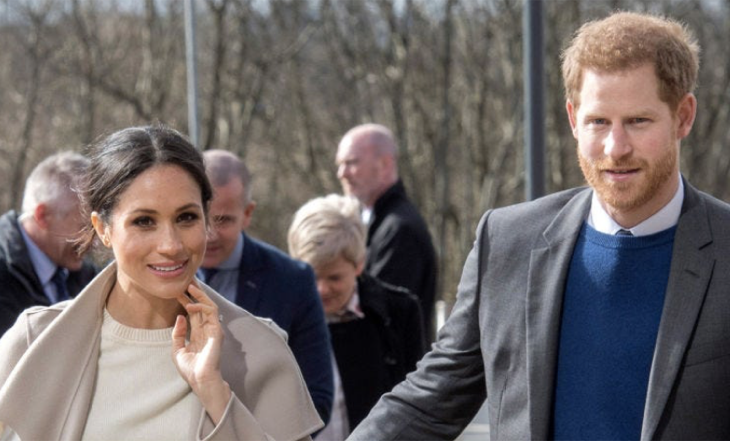 It appears the Sussex’s have finally joined the ranks of A-list celebrities but it’s not what you may think. A source speaking to the Star says that the couple are now being protected by a security team known as, the secret service for famous people.”

The cost is in the area of a whopping £7,000 a day but once again it is not clear who exactly is paying for Heghan’s latest indulgence.

No doubt the exclusive A-list security firm hired to guard the pair have no qualms about who is signing the checks, as long as they get paid. The company, GDBA, is owned by Gavin de Becker, 65 a former security chief for President Ronald Reagan, and his clientele is said to include Jeff Bezos, Jennifer Lawrence, Madonna, Cher, Barbra Streisand, and Tom Hanks.

According to de Becker, his outfit has thousands of clients and works with the CIA and FBI.

The Sussex’s can rest easier now with real security

The news comes on the heels of multiple complaints made to the LAPD by the couple, who at the time still had not arranged their own security even though they boasted that they could and would.

Up to this point, it was reported that instead, they were borrowing Tyler Perry’s private security team in the same way they are borrowing his shampoo and shaving cream.

Do Harry and Meghan finally have a dedicated security team?

A source told the Star of the firm, “They aren’t cheap, but if you want the best you have to pay for it.”

It’s said that de Becker is close friends with Oprah Winfrey who reportedly is pals with Tyler Perry and Meghan and may have facilitated their latest couch surfing deal.

Prince Charles Longtime Wish Has Come True Thanks to the Recent Royal Scandals, According to His Old Friend https://t.co/e1sWJlNLDL pic.twitter.com/JCZtoIv92B

In Canada Heghan relied on David Foster to secure their accommodations

This is in contrast to their last accommodations which were facilitated by the music industry big wig David Foster. David’s latest wife Katherine McPhee said the couples are so close that David is like a father figure to Prince Harry. That must warm Prince Charles’ heart who is said to be jealous of his other son, Prince Harry calling his father-in-law, “dad.” Did Prince Charles go wrong somewhere? Perhaps by continuing to treat his 30-something son Harry like a child?

This week a source said that Heghan can only pay off their outstanding £2.4million debt for their forsaken English cottage if Charles pays their U.S. security costs!