Archie Harrison Will Be A Prince Whether Prince Harry & Meghan Like It Or Not? 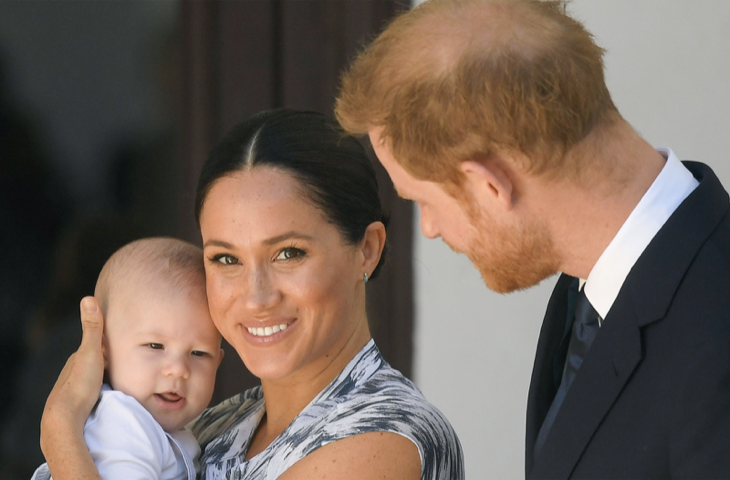 Could it be that Megxit was all for naught? Prince Harry has gone on record with at least one reliable authority to indicate that part of the reason for the family’s exodus was so that Archie would not have to live and suffer through the same lifestyle he did.

Now comes word that he may not have any choice.

Heghan may have gone through all of the rigmarole for nothing

The Markles’ decision to ditch The Firm had something to do with wanting to raise son Archie away from royal servitude. They themselves do not want to be senior royals, so it makes sense that they want the same for their baby. To this end chose not to give him an official title at birth.

But when it comes to being a prince, and not a private citizen, they may have no say so in the matter.
Archie’s parents may have no vote in his princely future

At birth, Archie was entitled to take Prince Harry’s Earl of Dumbarton subsidiary title, but his parents decided not to have him use it. Thus, on his birth certificate, he is listed simply as Archie Harrison Mountbatten-Windsor.

Megxit was a drastic proclamation

The Sussex’s are in the U.S. now, away from all the pomp and circumstance but in the midst of the glitter and bright lights. Here they hoped to raise him away from the royal limelight but it may come as a surprise to the globetrotting couple that Archie is still destined to be both a duke and a prince.

Archie will be royal in name if not in-game

The way it works is, Archie will inherit his dad’s Duke of Sussex title when he dies. And, he will become a prince when his great-grandmother, 94-year old Queen Elizabeth passes.

Expert Iain MacMarthanne is writing a doctorate on the British monarchy. Speaking to Express.co.uk, he said, “Archie will on the death of his father become Duke of Sussex.”

“Presently he is at liberty by convention to called Earl of Dumbarton being his father’s senior subsidiary titles.”

How will things be different for Archie when the queen passes on?

According to MacMarthanne, Archie’s life will change dramatically when the Queen dies. “At that moment, by law, Archie will become, whether he chooses to be or not, HRH Prince Archie of Sussex for life.”