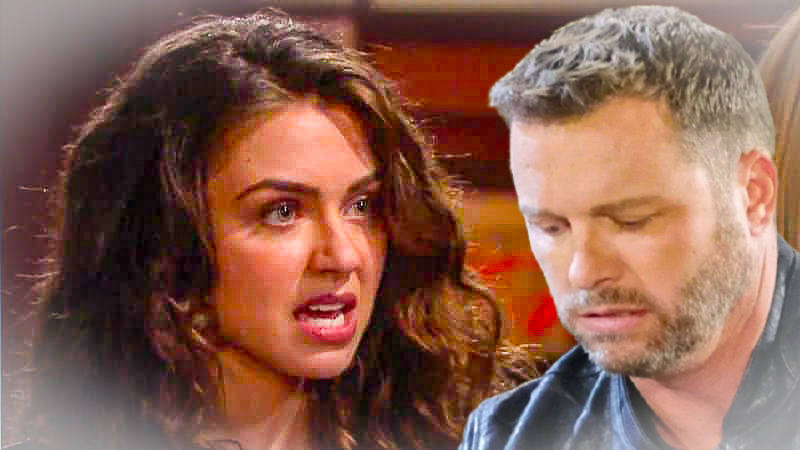 NBC Days of Our Lives spoilers and updates reveal that Ciara Brady (Victoria Konefal) becomes suspicious of Brady Black (Eric Martsolf). After confiding in Eric Brady (Greg Vaughan), she will confront Brady about his true intentions. Considering how much she loves her grandfather, she likely won’t allow anyone to destroy him, even if it’s justified. But who will win the war?

DOOL spoilers reveal that Brady is taking Victor Kiriakis’ (John Aniston) job offer. However, it’s not because he really wants it or that it will make everything all better. He has a plan to take down Titan — and his grandfather.

However, if his plan is going to succeed, then he needs to put up a more convincing front. People are noticing his fury and are comparing notes.

According to Soaps.com, Ciara will become suspicious of Brady’s intentions. She will notice that things are not making sense. In fact, she decides to talk to Eric about it and the two ponder what Brady is really up to. Ciara has never been afraid of confrontation. So, she decides that it’s time to get answers. As if she doesn’t have enough drama going on in her life already.

Days of Our Lives spoilers reveal that Ciara will march right up to Brady and demand to know what is going on. Most likely, Brady will play innocent. However, Ciara knows better and she wants to understand what his true intentions are.

She knows that Victor has hurt a lot of people. In fact, it wasn’t that long ago that Ciara was trying to find out the truth about Ben Weston’s (Robert Scott Wilson) false conviction. She blamed Victor and Xander Cook Kiraikis (Paul Telfer).

Despite knowing what Victor has done and is capable of, Ciara also loves her grandfather very much. If she gets wind of Brady’s plan, she will probably stop at nothing to protect Victor. However, does she stand a chance? After all, she already has so much going on in her life.

When things come to a head, who will win the war? Will Brady destroy Titan and his grandfather, or will Ciara stop him from getting revenge? We will have to keep watching the NBC soap opera to find out. Expect to see these scenes are during the week of June 8, 2020.