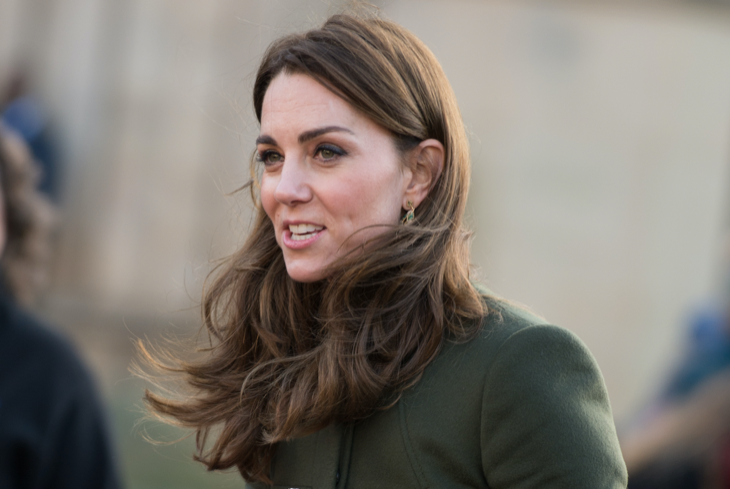 Is there much more to Tatler’s unflattering story on Kate Middleton than meets the eye, with the smoking gun being a writer with ties to Meghan Markle?

Anna Pasternak wrote something considered so inflammatory that the normally non-litigious Kate felt it necessary to take legal action against the magazine. Now it’s been revealed that there is an “intriguing” link between Pasternak and Meghan.

The article mentioned tights-gate and an exhausted Kate

Here’s the honey trail: Pasternak is said to be friends with ex-Tatler journalist Vanessa Mulroney who is the sister-in-law of Meghan Markle’s best friend Jessica Mulroney. Jessica Mulroney’s children John, Brian, and Ivy were given roles at the wedding of Prince Harry and Meghan.

Archie Harrison Will Be A Prince Whether Prince Harry & Meghan Like It Or Not?

Did the article have an ax to grind? Was it an unflattering portrait of Kate who among other things was said to be furious over Megxit? You be the judge.

But Jessica Mulroney has a history of intervening with the press on Meghan’s behalf.

Meghan’s best friend has interceded on her behalf before

Legal documents show that Meghan has asked Mulroney on at least one occasion to intercede with the press on her behalf.

Ironically, the information came to light after Meghan sued a newspaper over a letter she wrote to her father Thomas Markle.

The documents show that Meghan asked Mulroney to talk to Meghan’s former agent, Gina Nelthorpe-Cowne, about quotes which she gave to the Mail on Sunday about Meghan.

Nelthorpe-Cowne originally told the publication that Meghan told her she was going out with Prince Harry, but Mulroney later asked her to alter her quotes so that the article was, “more favorable.”

Of the Tatler article, Kensington Palace cited, “a swathe of inaccuracies,” in taking legal action. It takes exception to statements about Kate such as the one claiming she is, “trapped and exhausted.”

Pasternak also wrote that Kate and Meghan argued before the latter’s wedding over whether Princess Charlotte should wear tights and that she consulted a psychic.

Royal officials have demanded the magazine remove the article from its website, but Tatler claims the complaint, “has no merit.”

Is Anna Pasternak a non-biased observer?

One source told the Sun, “Pasternak’s article caused immense unnecessary pain for Kate and its central claim that she felt trapped and unhappy was wildly untrue. Pasternak is sticking to her story and saying her sources are good.”

“She is very well connected in the US. She is friends with Vanessa Mulroney who used to work at Tatler and now lives in Canada. And Vanessa’s sister-in-law Jessica is Meghan’s best friend. It’s intriguing.”

Curiously, Pasternak has written a book called The American Duchess about a woman often compared to Meghan, Wallis Simpson.