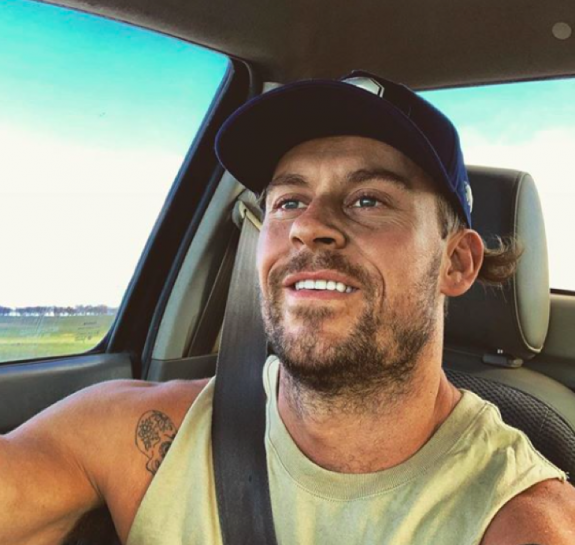 Married at First Sight star Ryan Gallagher who is a budding comedian, decided to share a laugh on Saturday with his friend and fans. On his thirty-second birthday, Ryan celebrated by giving his friend a tattoo. This tattoo seemed to be a picture of a pint of beer.

This was located on his friend, Khan Porter’s bottom. In the picture, Ryan had her thumbs-up gesture as his friend showed off the small tattoo that Ryan had given him.

He posted on Instagram the picture of the tattoo and included a caption that read, “My house, my birthday, I’m tattooing ya bum.” Under the post of Ryan showing off the tattoo that he had done, he received many comments. The I’m a Celebrity… Get Me Out Of Here! co-stars od Ryan were included in wishing Ryan a happy birthday this included Miguel Maestre and Rhonda Burchmore. Miguel Maestre had written, “Happy births rinoooooo.” Rhonda commented under the post, saying, “Happy birthday darling boyfriend.”

My house my birthday I’m tattooing ya bum

When Ryan had appeared on the Channel Ten series earlier in the year, he had begun a romance with the thirty-year-old Geordie Shore star, Charlotte Crosby. The romance did not last long and Ryan would eventually go to NW magazine to talk about it. He would go on to tell them that in April, reality had struck once they had left the jungle in South Africa. He went on to state, “Everything is obviously so isolated in the jungle, and all of your emotions run at a high.”

He went on to say, “While we were great in there when we got out, reality hit pretty quickly. It was clear it was never going to work. We are two very different people who also live on the opposite sides of the earth.” Ryan continued by wishing her the best. In February, Charlotte would confirm the split to 10 Daily. She would go on to insist that they would continue to be friends, and she would continue to love him. She stated, “When me and Ryan came out of the jungle, I made no secret that I had been in a very long relationship and wasn’t ready to jump into another one.”