EastEnders Spoilers: Jessie Wallace Teases Her Return To The Soap – Kat May Be Coming Back 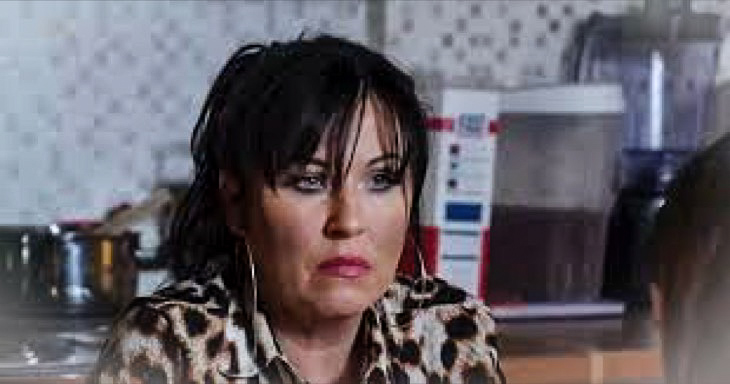 BBC EastEnders spoilers and updates reveal Jessie Wallace may be making her way back to the set of the show once filming begins once again. As the actress who plays Kat Slater has recently teased at a return to Walford. She was temporarily written out of the soap at the beginning of the year with her character leaving Walford. Kat has not been seen since she told her boyfriend Kush (Davood Ghadami) that she had to urgently leave Walford.

The exit of her character did not come as a shock as there had been reports about the actress being temporarily suspended from the soap. This was not confirmed by the soap, however.

Regardless, Jessie may be ready to bring her character back to Walford once again to help Kush out with the problem he has been having with Jean. Since Kat has been gone, things have not been going well for Kush. Jessie recently shared a photo of some gold earrings on her Instagram page and teased that they will be apart of Kat’s wardrobe once she returns.

The caption read, “Thank you @nancy_and_nora for these beauty’s [sic]! Kat can not wait to wear them.” This was exciting for fans who can not wait for the return of Kat. One of her followers wrote, “Can’t wait for Kat to come back wearing those beauties.”

Another one of her followers wrote, “Miss seeing Kat on the square one of the best.” The soap has not officially made a statement regarding Jessie/ Kat’s return. However, the soap has not started production back yet but has announced that they would like to start back in June.

It could be that she will come back with a storyline of her own as well as help Kush out with his recent problems. Kush has been struggling to keep things together in Kat’s absences as Jean Slater (Gillian Wright) has been off her meds, causing her to have a manic episode. On the other hand, Tommy Moon (Shay Crotty) has also been having some problems at school and has sworn Kush to secrecy about it.