Eastenders Spoilers: Dotty Retaliates When Ian Sets Her Up – Will Sharon Find Out The Truth? 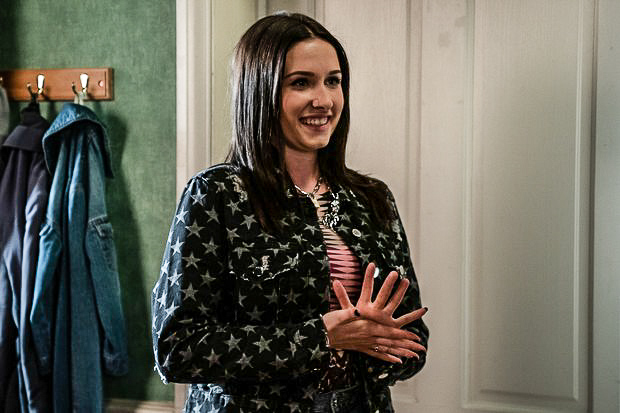 BBC Eastenders spoilers and updates reveal that Ian Beale (Adam Woodyatt) sets up Dotty Cotton (Millie Zero) so she faces the police at the club. However, he will end up in the hot seat himself when Dotty decides to retaliate. Find out what to expect when these episodes air during the week of June 15.

Early next week, expect Ian to tell Bobby Beale (Clay Milner Russell) about Dotty and Peter Beale’s (Dayle Hudson) kiss. Later, Dotty will become emotional and decides to ignore Ruby Allen’s (Louisa Lytton) warning. She sells nitrous oxide at the club and the police show up. It is teased that Dotty could face consequences for her actions.

Eastenders spoilers reveal that later in the week, Dotty realizes that the police showing up was no accident or coincidence. She was set up by Ian and doesn’t intend on letting him get away with it. She has something on him, which fans know is he played a role in Dennis’ death. This is something he is desperately trying to keep from Sharon.

According to Digital Spy, Dotty and Ian will have a nasty confrontation. She has been blackmailing him regarding his role in the death of Sharon Watts’ (Letitia Dean) older son, Dennis Mitchell (Bleu Landau).

At one time, Dotty had the voicemail message from Dennis as leverage. However, he ended up getting rid of it. But this won’t stop Ian and Dotty from going head-to-head. He will do just about anything to keep this secret. But one day, the truth has got to come out.

Truth Revealed Or Another Empty Threat?

It is teased that Dotty will once again threaten Ian. If he doesn’t watch himself, she will tell Sharon everything. However, we have seen and heard her do this before. So, will she actually go through with the bombshell reveal or is it just another empty threat? We will have to keep watching the soap to see what happens next with these characters.

Do you think Dotty will eventually follow through with her threat to expose Ian? Or is she just blowing a whole lot of hot air? How will Sharon react if and when she finds out the truth? What would you like to see when this storyline finally comes to an end? These scenes are scheduled to air on Monday, June 15 and Tuesday, June 16.