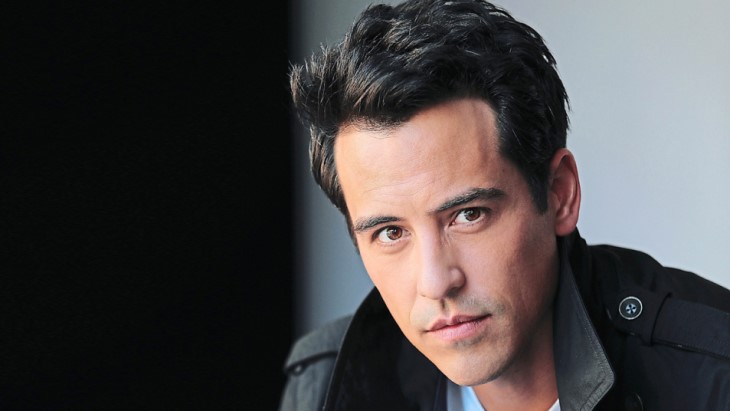 ABC General Hospital spoilers and updates reveal that hot and hunky Marcus Coloma (Nikolas Cassadine) is spilling some dirt on his character Nikolas Cassadine and what he could be up to next in Port Charles.

He spoke recently with Soap Opera Digest about the marriage of convenience that he is in with Ava Jerome (Maura West) as well as the tentative relationship he’s rekindling with his ex, Nurse Elizabeth Webber (Rebecca Herbst). Somehow we don’t think that Liz’s hubby (and Ava’s ex) Franco Baldwin (Roger Howarth) is too keen to see these two spend time together.

General Hospital Spoilers – There Is A Difficult Quadrangle Between Ava, Liz, Nikolas And Franco

According to Coloma, the real tension started when she said she expected him to hold up his end of the bargain about their drastic prenup.

“Her saying she was going to (hold him to the terms of the postnup) was hurtful to him. I don’t think everything between them is genuinely about the fortune, but after this, it doesn’t seem like she’s someone he can have a relationship with.”

Not to rain on his parade, but he did sign a legal document, so crying about spilled milk after the cow has left the building is useless.

Coloma is not in a good space right now and he may take some of his anger out on Friz according to Coloma.

“I think they’re kind of intertwined in the sense that if he can get Ava and Franco together, it’s such a win-win situation for legal reasons because of the postnup. But I also think his drive toward Elizabeth … I think the majority of it is more to create a relationship with Elizabeth and get a potential best friend/ soulmate back in his life.”

If he were to do such dirty dealing, it would only show that he hasn’t changed, and perhaps Ava is right to hold him to his prenup commitment?

General Hospital Spoilers – Does Nikolas Deserve To Have Spencer In His Life?

How does Coloma feel about his character potentially breaking up a happy home life for his own ends? It’s sometimes hard to separate the actor from the character but in this case, Coloma has 20/20 vision!

“It’s hard because I’ve seen them together,” he says, “and I think they’re really sweet together — as an actor, like, as Marcus watching the show. It’s so hard not to let the lines cross and there’s part of me as Marcus that doesn’t want to mess that up for them because it seems like a really good thing!