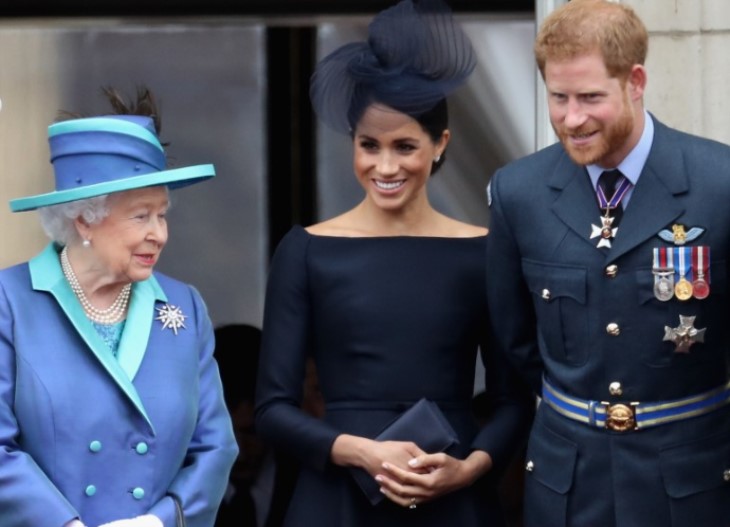 The Queen’s Commonwealth Trust is run by Prince Harry and Meghan Markle as its president and vice-president and the Queen is recognized as a patron. The Trust today addressed the protests taking place in the US.

Two tweets were shared today by the royal trust. One read, “Young people are vital voices in the fight against injustice and racism around the world. As a global community of young leaders, we stand together in pursuit of fairness and a better way forward. Silence is not an option. #BlackLivesMatter

“We all have the power to effect positive change. It is time to speak up and speak out.

“Time to have uncomfortable conversations with ourselves and with others. Time to educate ourselves and unlearn. Time to come together and build a better future as one.”

The post was signed by “Team QCT” and had a from Martin Luther King, Jr. which read, “Injustice anywhere is a threat to justice everywhere.”

What Is Black Lives Matter?

What is the Black Lives movement? The Black Lives Matter campaign debuted in 2013 in the US and aims to address racism and violence toward black people.

Her Majesty, Harry, And Meghan Run The Queen’s Commonwealth Trust

The new trust is a platform designed to let young people in the Commonwealth share ideas, experiences, and projects with the aim of creating future leaders.

Even though they have stepped down as senior royals, one year after they were appointed President and Vice-President, Harry and Meghan continue to lead the group.

The Queen’s Commonwealth Trust’s decision to support the Black Lives Matter movement breaks the Royal Family’s silence on the death of George Floyd, a black man who died Monday, May 25 in police custody in Minneapolis.

Grocery store employees called police after Floyd allegedly used a counterfeit $20 bill. Officers were trying to place him into a police car when he dropped to the ground at which time police officer Derek Chauvin placed his knee on Floyd’s neck while Floyd said, “I can’t breathe.”

Police claim Floyd resisted officers. Chauvin has been charged with third-degree murder in the death of Floyd.

His first court appearance is scheduled for June 8.

What Is The Queen’s Commonwealth Trust?

The Queen’s Commonwealth Trust derived from The Queen’s Trust in early 2019, when the original group, initiated to mark the queen’s Silver Jubilee was shuttered.