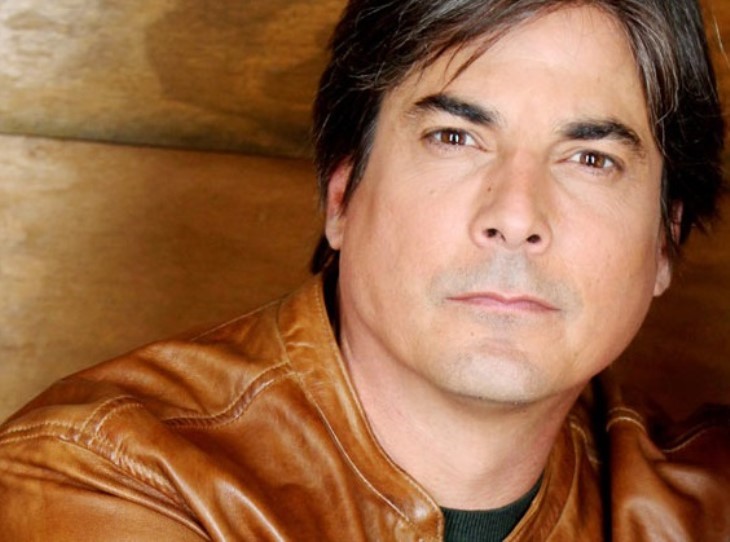 Days of Our Lives actor Bryan Dattilo (Lucas Horton) is the “comeback kid.” He used to be a series regular many years ago. These days, he comes back once in a while and it’s always great to see him in scenes. The fan-favorite admitted that he had trouble getting to set though. Apparently, he was not “on the list” and he had to convince security he was expected on set!

Days Of Our Lives Spoilers: Claire Tries To ‘Not Sound Crazy’ – Does Ciara Trust Her?

DOOL spoilers previously teased the return of Lucas, as well as other fan-favorites. Shawn Brady (Brandon Beemer), Belle Black (Martha Madison), Claire Brady (Olivia Rose Keegan), Stefan DiMera aka Jake Lambert (Brandon Barash), Vivian Alamain (Louise Sorel), and Sami Brady (Alison Sweeney) are all either back or will be in the next few weeks.

In the latest issue of Soap Opera Digest, Dattilo explained that he has trouble getting on the set. Apparently, security claimed he wasn’t on the list. The actor said,

“I still don’t have a parking pass on the lot. Every time I go through security, I’m stuck at the gate. A couple of times, they were like, ‘You’re not on the list. Sorry.’ And I’m like, ‘I’m an actor on the show. I swear. Bryan Dattilo. Stage 42.’ I have to give a speech to the guy.”

Days of Our Lives spoilers suggest that this didn’t just happen one time, but on at least a few different occasions. It seems that someone forgot to update the list and let security know that Dattilo was really an actor on the show and to let him in!

Dattilo also talked about his return to the publication. He couldn’t say enough good things about his new on-screen daughter, Allie Horton (Lindsay Arnold). He explained that she is very talented and reacts to other actors, which means she isn’t in an emotional bubble. He truly enjoys working with the newcomer.

In addition, Dattilo is also thrilled about reconnecting with other cast members he hadn’t worked within a while. He also teased that he is thankful that the story is “going back in that direction,” which implies good things for the future. While it’s impossible to make every viewer happy, maybe Days is finally listening to what fans want. We will have to keep watching to see what the writers have in store for us!