Days of Our Lives Spoilers: Sarah Confesses To Xander – Genuine Regret Or The Ultimate Revenge? 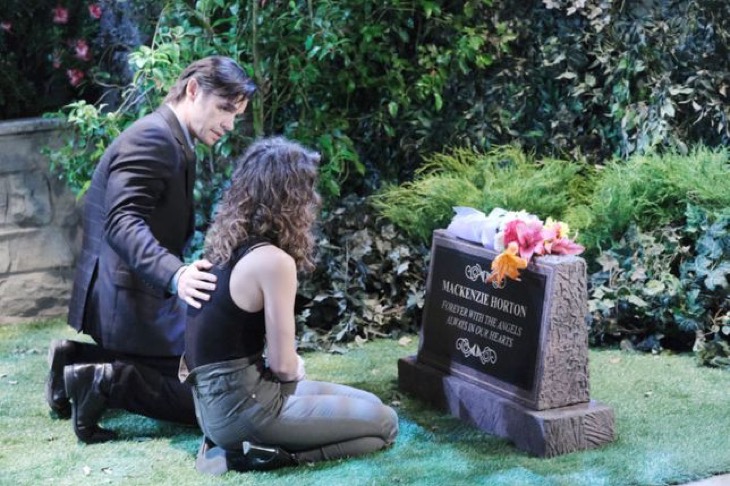 NBC Days of Our Lives spoilers and updates reveal that after trying to get Brady Black (Eric Martsolf) in bed, Sarah Horton (Linsey Godfrey) will come to a realization. She will end up making a confession to Xander Cook Kiriakis (Paul Telfer). However, is this genuine or is it just another phase in her revenge plan? Keep reading to find out what could happen in the next two weeks.

As we see this week, he ends asking Sarah to come with him to baby Mackenzie “Mickey” Horton’s grave. Even though she is likely hesitant, she will end up accompanying Xander to the cemetery.

Xander ends up doing something special to honor Sarah’s dead newborn. We don’t know exactly what he does, but it is stated that it has something to do with Mickey’s headstone. It will turn out to actually work in Xander’s favor. Sarah will end up feeling touched by Xander’s heartfelt gesture.

Days of Our Lives: Past, Present, and Future teases that during the week of June 22, Sarah will make a confession to Xander. Details are being kept under wraps, so there are a few different possibilities. Perhaps she tells him about trying to lure Brady to bed with her. Maybe it is the fact that her romance with Brady was fabricated. Or that she did everything possible to hurt him the way he hurt her.

However, the most likely option is Sarah realizing that Dr. Marlena Evans (Deidre Hall) was right. She still loves Xander and she just might admit it to Salem’s bad boy.

Days Of Our Lives Spoilers: Ciara Sabotages Her Own Wedding? Claire’s Her Maid Of Honor #DOOL #DaysOfOurLives #Dayshttps://t.co/NxndC1T12M

Days of Our Lives Spoilers: ‘Xarah’ Reunion Or More Revenge?

However, we have to wonder if Sarah’s confession is genuine or not. She has been determined to make Xander pay for hurting her. Could one simply gravestone gesture remove all of Sarah’s hatred? It’s possible but we have to consider the possibility that this is just another phase of Sarah’s revenge plan.

What do you think Sarah confesses to Xander? Are her words sincere or is she playing him just to get the ultimate revenge later on? We will have to keep watching the NBC soap to see what happens next.