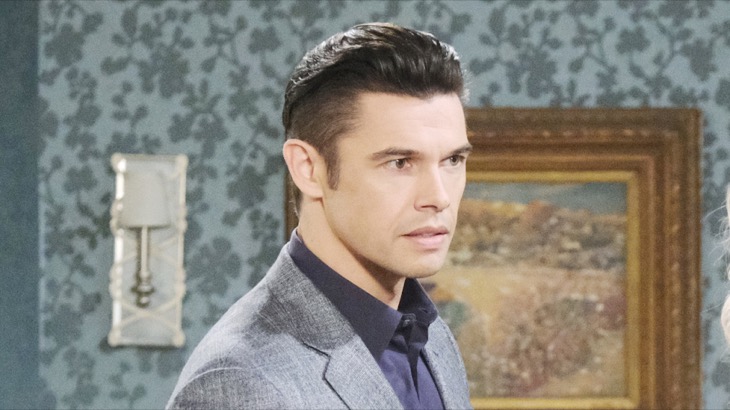 NBC Days of Our Lives spoilers and updates reveal that Xander Cook Kiriakis (Paul Telfer) has gone through a character makeover. Previously a hardcore villain with no empathy or consciousness, we now see him as a multi-layered man with both good and bad traits. The actor explained why Xander’s soft spots ironically make him a better bad guy.

From Mayhem Maker To Lovesick Puppy

DOOL spoilers reveal that before Xander became smitten with Sarah Horton (Linsey Godfrey), he was a true villain. He didn’t care about who he hurt or the consequences of his actions. When one scheme backfired, then he would come up with something even more horrifying.

Then, we saw how Sarah had such an impact on Salem’s bad boy. He literally went from being an evil character to a lovesick puppy who was relentlessly pursuing a woman who hated him.

Days of Our Lives spoilers reveal that Telfer feels that Xander’s soft spots actually make him a better villain. He’s proven that he knows the difference between right and wrong. He also surprises viewers when he makes a good choice, which is usually unexpected. The actor explained that this heightens the times when Xander is being evil.

Telfer further explained that due to Xander now having the ability to be nice, it means that when he is truly being bad, there is no excuse. However, don’t expect him to stay good just to win back Sarah. On the flip side, you shouldn’t expect him to revert back to his evil ways now that he’s lost her. At least, he won’t go full-on evil.

Days of Our Lives Spoilers: Rafe Offers Dr. Rolf A Deal, Will It Save Gabi From Prison? #Days #DOOL #DaysOfOurLiveshttps://t.co/5qjrLI4nbB

There might be a balancing act within Xander. Now that we have seen both good and bad traits in him, we could see both of those at play. Sometimes, it will be an inner turmoil for the “good villain.” Now, that makes him fascinating to watch and not so predictable!

Which version of Xander do you prefer to see? The old one that was totally evil with no heart and no remorse? Or the new Xander, which has both positive and negative traits?